This weekend saw the epic Fighting Fantasy Fest 2: Return to the Convention of Firetop Mountain take place at the Universtiy of West London, in Ealing. (More on that later.)

But the big - as in Storm Giant big! - news, which was announced by Ian Livingstone on Saturday during the talk he gave with Steve Jackson, is that actor, comedian, and highly successful author Charlie Higson will be writing a Fighting Fantasy gamebook! 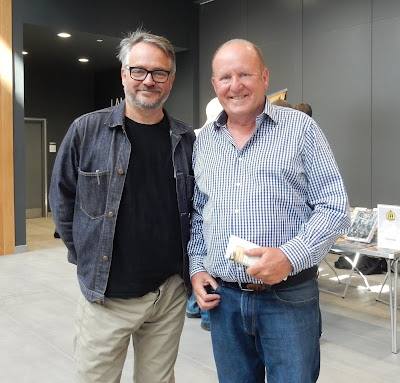 Charlie, who was most recently on our television screens in the last series of Broadchurch, wrote the phenomenally successful Young Bond series which has sold over a million copies in the UK and has been translated into over 24 different languages. The series began with SilverFin and was followed by Blood Fever, Double or Die, Hurricane Gold and By Royal Command. All five novels entered the children’s bestseller charts in the top five.

The first novel in his bestselling zombie-adventure series for teenagers, The Enemy, was published by Puffin in September 2009, and was followed by The Dead, The Fear, The Sacrifice, The Fallen and The Hunted.

Charlie is a huge fan of horror films and books, and even studied gothic literature at university. Will that influence his gamebook, The Gates of Death? Although a highly experience author and television writer, Charlie is new to writing gamebooks and so experienced FF author Jonathan Green will be working with him on the project, in an advisory role. 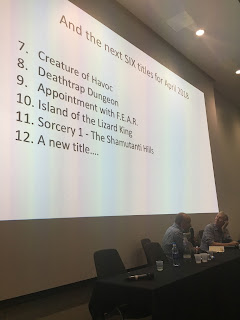 This is certainly a very exciting time for Fighting Fantasy and Scholastic Books. As Charlie Higson himself says: “Before there were video games, before kids could get lost in the labyrinth that is the Internet, before The Lord Of The Rings films, Game of Thrones and the reboot of Doctor Who turned everyone onto fantasy and sci-fi, there were the Fighting Fantasy books. A new way of telling stories and in many ways the birth of modern gaming, these books captured the imagination of a generation of kids – and locked them in Deathtrap Dungeon. It’s great to think that a new generation of kids are going to be similarly captivated.” 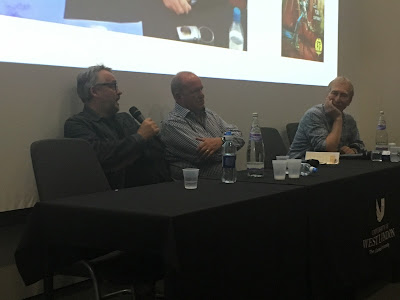