Sir Ian Livingstone will be attending Dragonmeet again this year, where he will be signing copies of his new book Dice Men: The Origin Story of Games Workshop, as well as his Fighting Fantasy gamebooks, including the latest, Shadow of the Giants. 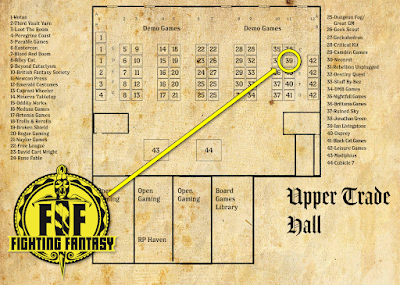 Click plan to enlarge.
If you are in the Hammersmith area on Saturday 3rd December 2022, why not stop by Dragonmeet, from 10:00am, and pop into the Upper Trade Hall, where you will find Sir Ian signing at Stand #39? 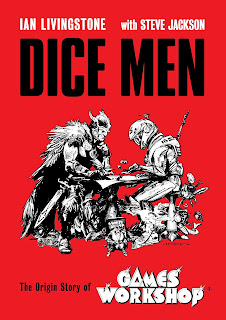 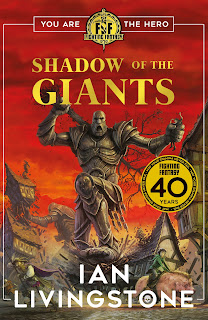 Available now from Arion Games is Issue #7 of The Warlock Returns, the Advanced Fighting Fantasy fanzine. 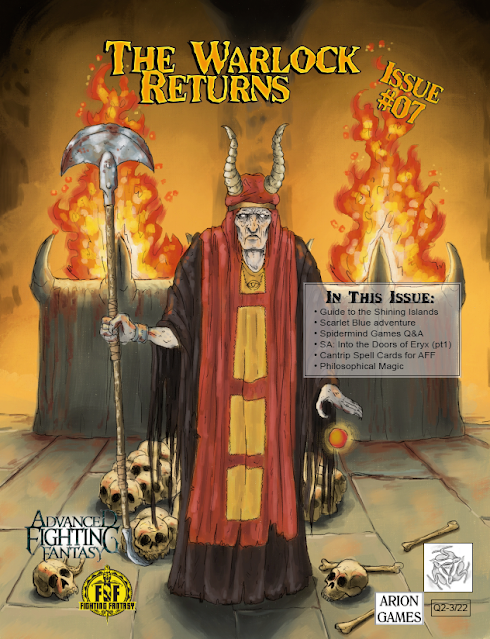 * Denizens of the Pit - More of Titan's island creatures

* Jungle - Hazards of the jungles of Titan

* Scarlet Blue - A scenario by Scriptarium

* Cantrip Spell Cards - For use with your magic users

* Guide to the Shining Islands - Our biggest single article yet!

* Stellar Adventures: Into the Doors of Eryx - A new scenario begins

Pick up your copy now from Arion Games via DriveThruRPG.

On Friday evening, Sir Ian Livingstone visited the Forbidden Planet Megastore in London to sign many, many copies of his new book Dice Men: The Origin Story of Games Workshop, which is currently a No.1 Bestseller on Amazon. 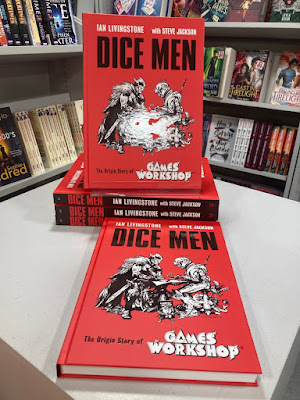 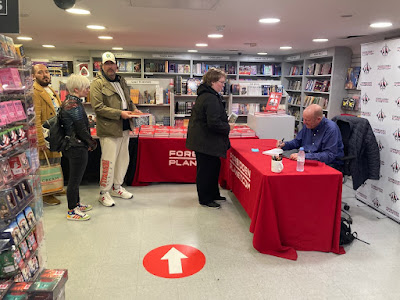 The queue of eager gaming fans waiting to meet their idol. 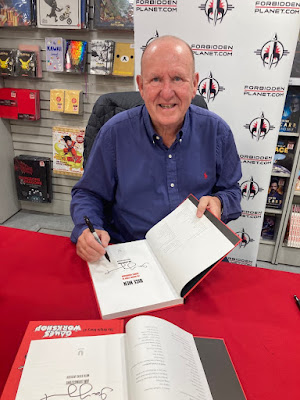 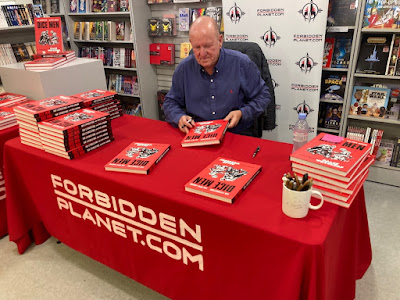 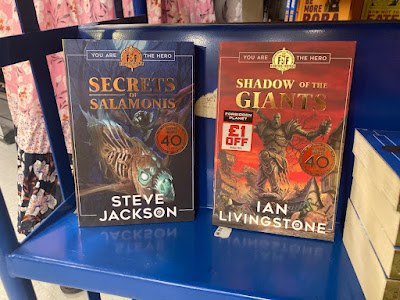 Some other books snuck into the signing as well. 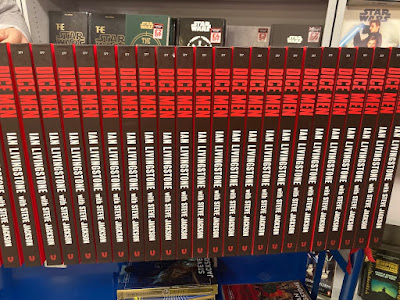 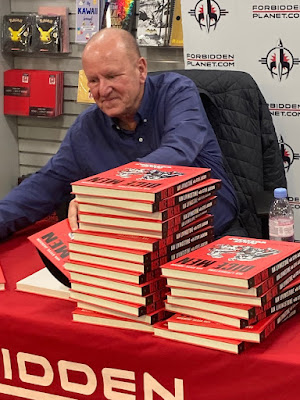 Piles and piles of pre-orders... 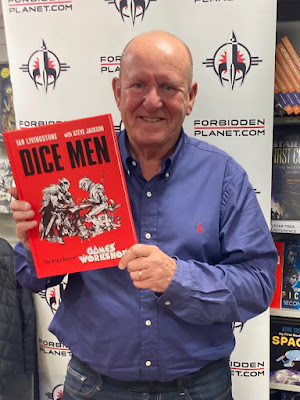 Sir Ian with his new book.

If you came along and picked up a copy of Dice Men: The Origin Story of Games Workshop, thank you. And don't forget Sir Ian will be signing at Forbidden Planet Newcastle on Wednesday 16th November from 17:00 - 18:30. 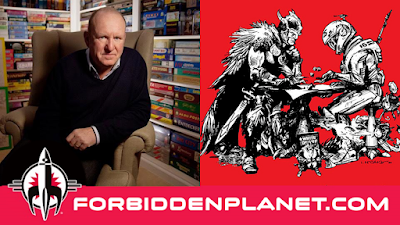 It never seems like the right time to start a business.

The idea to start our own company first cropped up during one of our many ‘beer and a board game’ sessions after work at our flat.

And when Steve began writing reviews of board games for Games & Puzzles magazine, we all got even more interested in the idea. So, one day, we did. It was January 1975.

Since then, Games Workshop has grown into a cornerstone of the UK gaming industry. From the launch of Dungeons and Dragons from the back of a van, to creating the Fighting Fantasy series, co-founders Ian Livingstone and Steve Jackson tell their remarkable story for the first time.

An initial order of only six copies was enough for Games Workshop to secure exclusive rights to sell Dungeons and Dragons in the whole of Europe. Hobbyists themselves, Steve and Ian’s passion for the game soon spread and in 1977 they opened the first Games Workshop store. They went on to become bestselling authors and created an entirely new genre of interactive stories.

Dice Men is more than just the story of an iconic shop which has changed gaming for ever, it’s an insight into the birth of an industry.

Games Workshop has grown from its humble beginnings to become a global company listed on the London Stock Exchange, a FTSE 250 company with a market capitalisation of more than £3.5 billion.

Dice Men is the story of the rollercoaster early years.

Sir Ian was recently interviewed about his new book Dice Men for the BBC's World Business Report, which you can watch here from 21 minutes 30 seconds in. 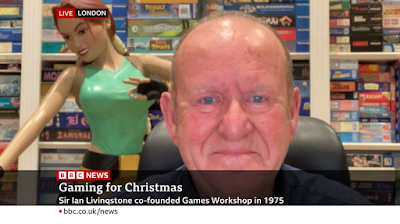