May Your Paintbrush Never Fail!

Many of the people who backed the Fighting Fantasy Legends Kickstarter have started to receive their models from Atlantis Miniatures, which also means that some eager beavers have already started painting them. 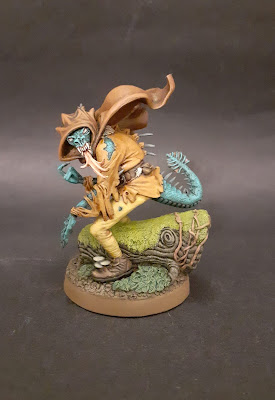 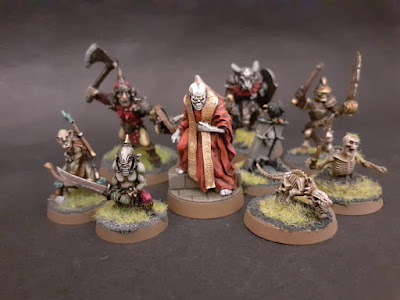 The evil necromancer Razaak, from Ian Livingstone's Crypt of the Sorcerer, with evil minions in tow.

If you have painted any of the iconic heroes or villains from the Fighting Fantasy Legends range, we would love to see them. Please send your photos to info@fightingfantasy.com, and your painted masterpieces could end up appearing on the official site too. 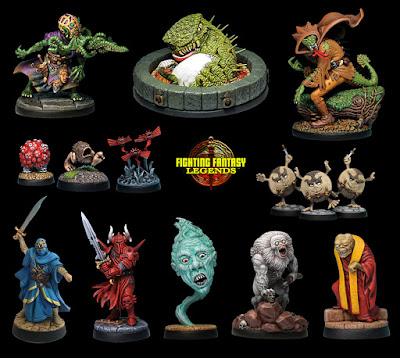 Rebecca Markwick interviewed Ian about the early days of Games Workshop, how he and Steve Jackson came to invent the Fighting Fantasy series of adventure gamebooks, and working within the video games industry. You can listen to it here. 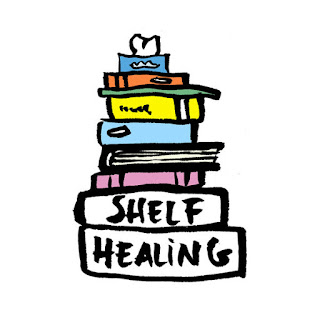 Another week, another Arion Games release for Advanced Fighting Fantasy. This time it's the brand new Combat Companion by Graham Bottley, which is available now from DriveThruRPG. 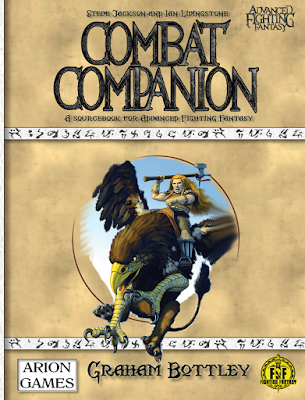 This book contains a huge number of optional rules, new additions and new ideas to add to a new, or existing, Advanced Fighting Fantasy campaign, and will prove useful for both Players and Directors. Within you will find:

Don’t let those flashy spellcasters grab all of the glory! Buckle on your sword-belt, take up your trusty shield and find glory in battle!

You will need a copy of the Advanced Fighting Fantasy Second Edition Core Rulebook to make use of the rules contained within the Combat Companion. 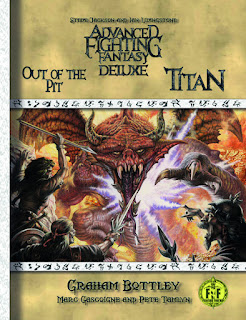 More Monsters Emerge from Beyond the Pit!

Available now from Arion Games is the final set of Paper Miniatures for Advanced Fighting Fantasy, featuring the creatures from Beyond the Pit. 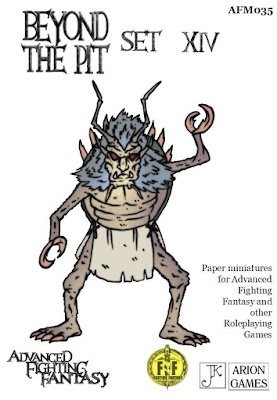 This set contains 'common' creatures, such as the Unicorn and Wraith as well as quite a few Titan-Specific creatures such as the Tusker, Whipperwolf, Yuemo and Zoalinth!
If you've not checked them out before, there are another 12 sets available from Arion Games, and they can all be found here.