The fans asked for them, so here they are - available as from today from Snowbooks, are the first four Official Fighting Fantasy Colouring Books!

You may have noticed the adult colouring book craze has been gaining momentum over recent months, but you have never seen a set of colouring books like these before. 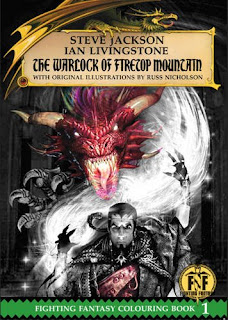 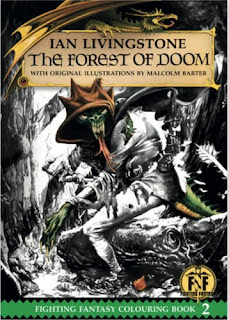 Remember to spread the word via all the social media channels you have available to you, and may your colouring pencils never be blunt! 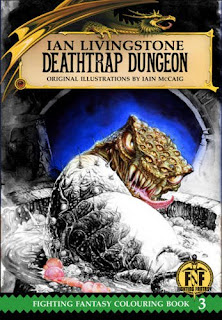 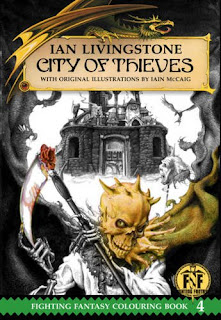 YOU are the Colourist!

Fighting Fantasy gamebooks have sold over 17 million books worldwide, in over 30 languages. YOU were the hero in stories such as Deathtrap Dungeon, The Forest of Doom, The Warlock of Firetop Mountain, and City of Thieves, fighting monsters and foes with a pencil, two dice and an eraser. And now –
YOU ARE THE COLOURIST! 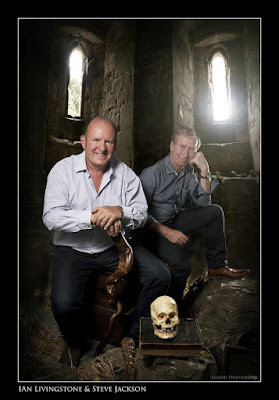 Steve Jackson and Ian Livingstone co-founded iconic games company Games Workshop in 1975, launching Dungeons & Dragons and Warhammer in Europe. They co-authored The Warlock of Firetop Mountain, which was published in 1982, and went on to write over 20 titles in the best-selling Fighting Fantasy gamebook series. Ian became Executive Chairman of Eidos in 1995 where he launched global video games franchises including Lara Croft: Tomb Raider and Hitman. Steve became a Director of Lionhead, the award-winning video games studio best known for developing Fable.

Russ Nicholson is an illustrator of Fantasy, well known for his contribution to the Fighting Fantasy series, including the first such book, The Warlock of Firetop Mountain. He has also produced illustrations for Games Workshop publications, including White Dwarf Magazine, and more recently has worked with Le Grimoire, Scriptarium, and Tin Man Games, amongst others.

Malcolm Barter studied Illustration & Design at Ipswich School of Art. He has freelanced in Publishing, Editorial & Advertising, notably illustrating Ian Livingstone’s classic Fighting Fantasy gamebook The Forest of Doom. His recent work has included more Fighting Fantasy, having been tracked down and lured back by French publishers in 2013.

Iain McCaig is an award-winning artist and one of the most sought-after conceptual designers working in the entertainment industry today. His work includes the landmark designs for Queen Amidala and Darth Maul, for Lucasfilm, as well as several Fighting Fantasy covers, and the internal illustrations for the seminal City of Thieves and the bestselling Deathtrap Dungeon.

Martin McKenna has illustrated covers and internal illustrations for twenty-two of the Fighting Fantasy series from Puffin Books/Wizard Books. He also produces concept and production art for computer games, and film and television productions, which have included the BAFTA-nominated The Magician of Samarkand for the BBC and Gulliver's Travels for 20th Century Fox.

Available worldwide from Amazon.co.uk, Amazon.com, Snowbooks.com and all good bookshops 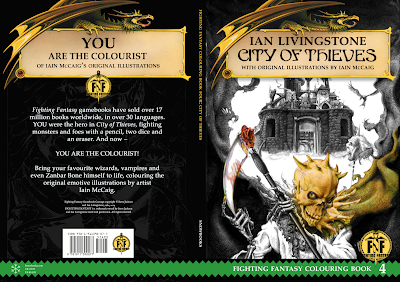 It's the Final Countdown... 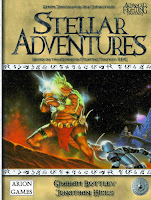 For Stellar Adventures, this week, which has already passed its first stretch goal. It's not too late to be a part of this brand new, SF, AFF project, so (if you haven't already) check out the Kickstarter page here.

In other news, another FF-themed project will soon be coming to Kickstarter - Ian Livingstone's Freeway Fighter: The Comic. The first art for the project by Simon Coleby, coloured by Len O'Grady can be seen below. 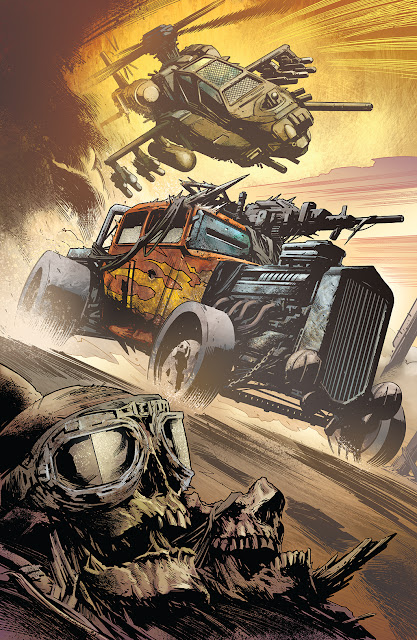 To keep up to date with developments on this new Kickstarter, join the Facebook group here.

Stellar Adventures rocketing into the future!

Arion Games' latest Kickstarter project Stellar Adventures has already passed its funding goal, and still has 18 days to run. If you've not backed the project yet yourself, it's not too late to join the fun(d), and bear in mind that one of the rewards is to receive a leatherbound copy of the rules. 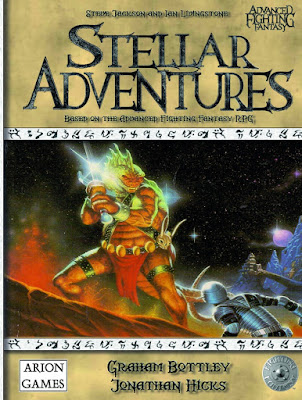