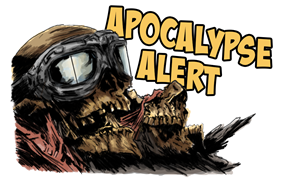 Life is lawless and dangerous. Survivors like you either live in scattered, fortified towns, or roam outside as bandits. YOUR mission is to cross the wilderness to the far-distant oil-refinery at San Anglo and bring vital supplies back to the peaceful town of New Hope. Even in the armed Dodge Interceptor you are given, the journey will be wild and perilous. 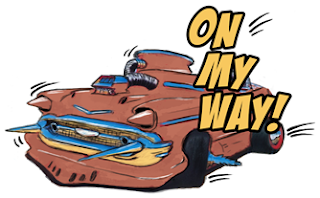 Read the press release here, and to find out more, follow this link.
Posted by The Warlock at 14:28 No comments:

In the region of your Earthly Plane known, slightly curiously, as the United Kingdom, today is Saint George's Day. 23rd April also just happens to be William Shakespeare's Death Day*.

Did you know that Fighting Fantasy author Jonathan Green is also an English scholar, with a fondness for the works of the Bard of Stratford? As a result, a fair few Shakespearean references appear in the Fighting Fantasy adventures he wrote between 1993 and 2010.

His first two books - Spellbreaker and Knights of Doom - were both influenced by 'That Scottish Play', Macbeth. For example, take the Bedlam Hags from the former, and the ghost of Sir Connor from the latter.

Shakespeare didn't make it into Curse of the Mummy**, but he was back in pirate zombie adventure Bloodbones, which features a sorcerer's cell on a desert island and a monster called Balinac. 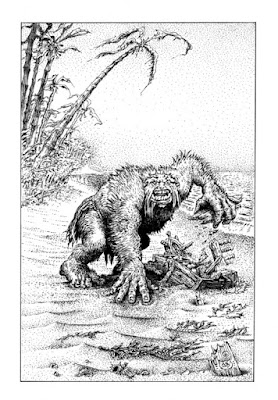 Howl of the Werewolf and Stormslayer are also free of the Elizabethan playwright's involve, but Night of the Necromancer probably has more Shakespearean references than any other gamebook by Jonathan Green, including numerous nods to Hamlet.

There is the name of the castle Valsinore (which is reminiscent of Elsinore castle in Denmark where Hamlet is set), the fact that the Hero can meet the ghost of their father, Lady Oriana is not unlike Hamlet's love interest Ophelia, and there's even a gravedigger called Yorrick! 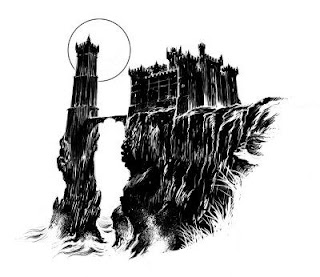 Are there any other Shakespearean references that you've noticed in your favourite gamebook series?

* It may be his birthday too, but the only confirmed date at the beginning of his life is 26th April 1554, when he was baptised.

** Although Greek tragedy did.

Available now from Arion Games is Issue #3 of the Advanced Fighting Fantasy fanzine The Warlock Returns, featuring a cover that is out of this world! 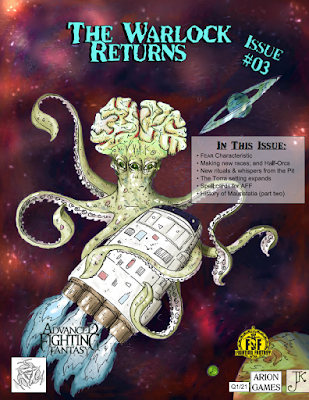 * Denizens of the Pit - New monsters from Titan

* Jungle Mania - Non-Player Characters from the jungles of Titan.

* Bringing Down the House - Continuing the Stellar Adventures setting 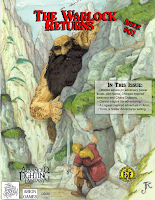 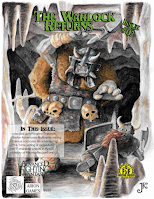 Are you ready to return to Ian Livingstone's Temple of Terror?

Yesterday, Tinman Games announced that they will be releasing more classic FF titles for their Fighting Fantasy Classics game. And the first of the new batch is Ian Livingstone's Temple of Terror!

The dark, twisted power of the young Malbordus is reaching its zenith! All he needs now is to retrieve the five dragon artifacts which have been hidden for centuries in the lost city of Vatos, somewhere in the Desert of Skulls. Your mission is to reach the lost city before Malbordus and destroy the treasures he seeks. But beware! Each step you take leads you closer to your doom...
Relive Fighting Fantasy – the beloved text-based, interactive adventures of the '80s and '90s! Push your SKILL, STAMINA and LUCK to the limits as you explore the lost city set against the backdrop of a foreboding desert landscape. This gamebook has been converted to digital format using Tin Man Games' acclaimed Gamebook Adventures engine. 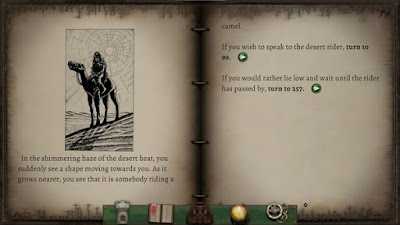 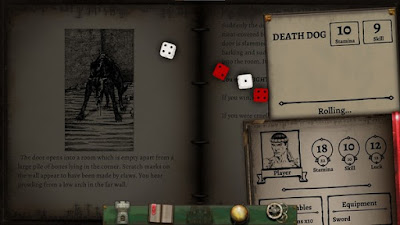 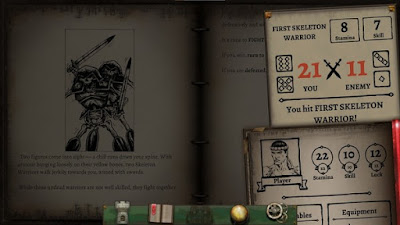 You can download Fighting Fantasy Classics and Temple of Terror from Steam now! 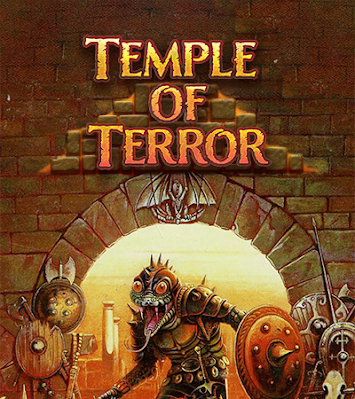 Now is a great time for collectors of overseas editions of Fighting Fantasy gamebooks, and Danish speakers for that matter.

Fighting Fantasy may be almost 40 years old - it is the 40th anniversary next year! - but there are still new translations being published, as well as new titles, of course.

Two of those new titles - Ian Livingstone's The Port of Peril and Charlie Higson's The Gates of Death - feature among Faraos Cigarer's first tranche of releases for Sværd & Trolddom, or 'Swords & Sorcery', as Fighting Fantasy is known in Denmark.

The other two titles are the original Fighting Fantasy gamebook, The Warlock of Firetop Mountain, by Steve Jackson and Ian Livingstone, and the seminal City of Thieves. 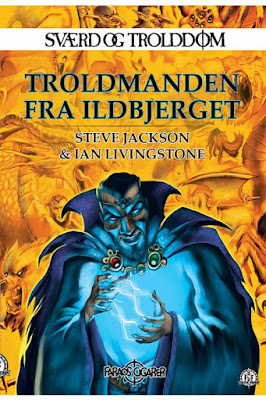 The Warlock of Firetop Mountain
by Steve Jackson and Ian Livingstone 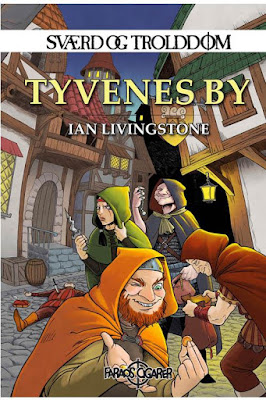 City of Thieves
by Ian Livingstone 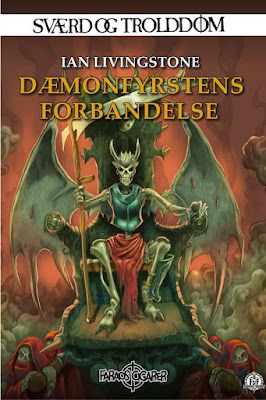 The Port of Peril
by Ian Livingstone
(Dæmonfyrstens Forbandelse actually translates as 'Curse of the Demon Prince', which was one of the working titles for The Port of Peril.) 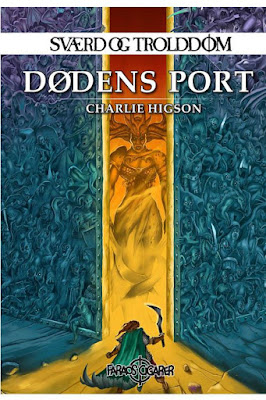 The Gates of Death
by Charlie Higson
Posted by The Warlock at 11:21 No comments:

Life is lawless and dangerous. Survivors like you either live in scattered, fortified towns, or roam outside as bandits. YOUR mission is to cross the wilderness to the far-distant oil-refinery at San Anglo and bring vital supplies back to the peaceful town of New Hope. Even in the armed Dodge Interceptor you are given, the journey will be wild and perilous.

The Viber version of the game will include all manner of stickers, unique to Freeway Fighter, such as the ones above.
An official launch date has yet to be announced, but watch this space for more news, and if you haven't tried Freeway Fighter on Facebook Messenger yet, why not do so today? 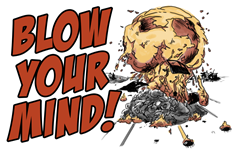