Available now from Arion Games is Issue #6 of the Advanced Fighting Fantasy fanzine The Warlock Returns. 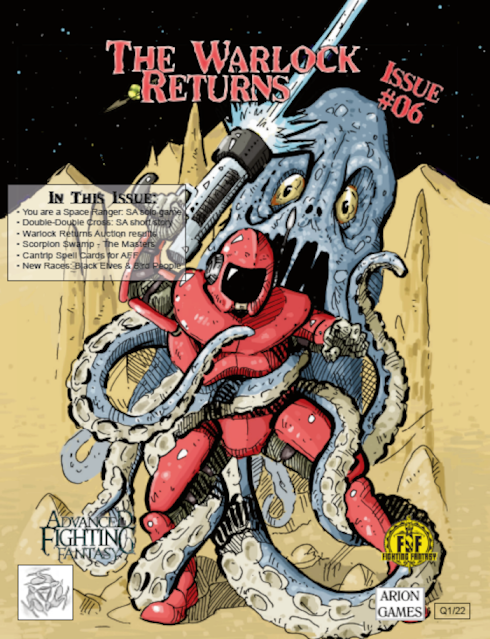 * Denizens of the Pit - A dozen dangerous creatures

* Jungle - Poisons and Diseases from the jungles of Titan

* Cantrip Spell Cards - For use with your magic users

Plus the results of the Warlock Returns charity auction

Who knows what monstrous creatures lie in wait in the Citadel of Chaos?

Citadel of Chaos is the latest release from Arion Games for the Advanced Fighting Fantasy RPG.
Based upon the classic gamebook by Steve Jackson, this epic adventure will take you deep into the eponymous Citadel to face (and hopefully defeat) defeat the evil Balthus Dire. 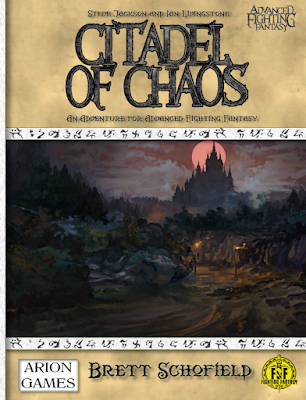 Deep inside the Citadel of Chaos the dread sorcerer, Balthus Dire, is plotting and scheming the downfall of the good folk of Salamonis. His battle plans are laid, his awesome army is gathering, and attack is surely imminent.
Summoned by a desperate plea for help, only YOU and your companions can undertake a mission which strikes at the very heart of Balthus Dire’s nightmare world.
The Citadel holds a dark and dangerous peril for anyone foolhardy enough to venture through its gruesome gates. And yet venture you must, for your mission lies at the heart of the Citadel. Many dangers lie ahead and your success is by no means certain. Powerful adversaries are ranged against you and often your only choice is to kill or be killed!
This massive adventure contains a lot of new information about the Citadel and its inhabitants, detailed areas, encounters and enemies, pregenerated heroes and a lot more. Likely to take a good many sessions to play through, this new adventure will give your players an experience they will never forget!
Citadel of Chaos contains Prologue ideas to get the Heroes to the Citadel, a four Act adventure with 85 Scenes,  Black Sorcery - a new Magic style, additional lore, and pregenerated Heroes.
You can pick up Citadel of Chaos and the whole Advanced Fighting Fantasy range here.

As announced by The Bookseller yesterday, Sir Ian Livingstone and Steve Jackson have written two new titles in the gamebook franchise for Scholastic UK, marking the series’ 40th anniversary.
Shadow of the Giants by Sir Ian Livingstone and Secrets of Salamonis by Steve Jackson will be published in paperback this September, to mark 40 years since the release of the first Fighting Fantasy gamebook, The Warlock of Firetop Mountain. 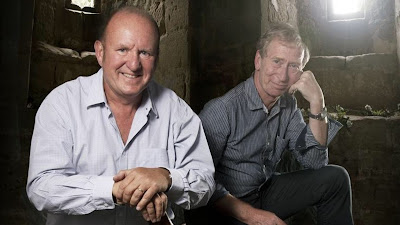 The plot of Shadow of the Giants features an ancient artefact discovered inside Firetop Mountain, whose evil magic unleashes terrifying Iron Giants upon the world of Allansia. It is Livingstone’s third new Fighting Fantasy book since Scholastic starting publishing the series in 2017.
Secrets of Salamonis is Steve Jackson's first new title for 33 years, since the publication of The Trolltooth Wars in 1989. Having arrived in the City of Salamonis following a run of a bad luck, the adventurer must turn to the Salamonian Adventurers’ Guild, who will offer the player quests such as defeating the Ratterpillar. 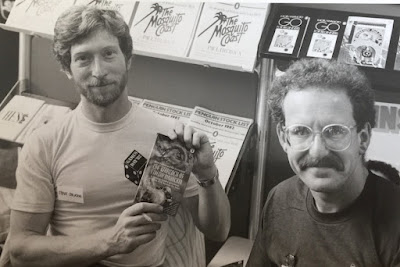 Sir Ian said: “I am incredibly proud that The Warlock of Firetop Mountain is 40 years old and continues to entertain children and adults around the world. I am delighted to be celebrating the 40th anniversary with the publication of my new Fighting Fantasy gamebook, Shadow of the Giants, and hope readers will enjoy the new challenge.”
Steve Jackson added: “It’s been a little longer than a two-day hike needed to reach Firetop Mountain in the first book. Forty years, in fact. And during that time 20 million books in 26 languages have turned Fighting Fantasy readers around the world into armchair adventurers in search of great treasures. May their stamina never fail!”
Make sure you follow the official Fighting Fantasy blog for more news regarding Shadow of the Giants and Secrets of Salamonis in the months to come.

Fighting Fantasy Fest 4 & You Are The Beer-o present... The Fourester of Doom! 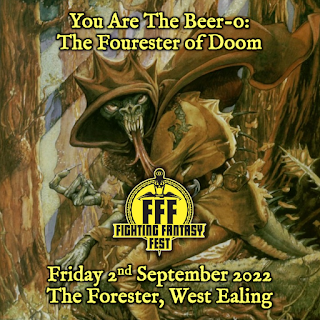 We will be returning to The Forester pub in Ealing, for the appropriately named The Fourester of Doom pub quiz.
As with previous years, all profits from the event will be donated to charity. So watch this space for more news about when tickets will go on sale for The Fourester of Doom as well as Fighting Fantasy Fest 4. 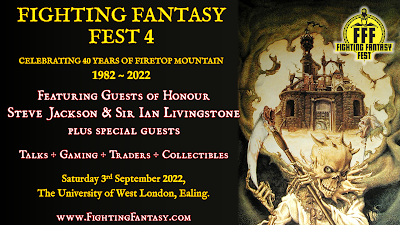 Perils in the Lands of Titan

Available now from Scriptarium is Périls dans les contrées de Titan, a collection of ten scenarios for the Advanced Fighting Fantasy RPG. Many of the adventures contained within the book have previously been published in English, but some are unique to this new French language title. 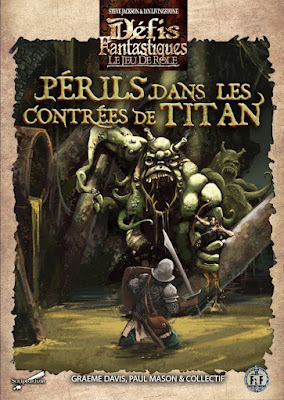 Included among the scenarios are Deathtrap on Legs by Paul Mason and Steve Williams (which originally appeared in Issue #7 of Warlock magazine), Ring of Seven Terrors by Graeme Davis (from Issue #9 of Warlock), and The Floating Dungeon of Varrak Aslur by Jonathan Hicks (first published by Arion Games in PDF format). 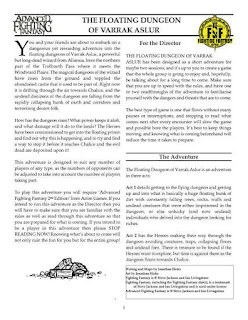 The adventures take place across all three major continents of the world of Titan, and vary in both length and difficulty. If you would like your own copy of Périls dans les contrées de Titan, you can purchase it direct from Scriptarium's own online store.