Fighting Fantasy to relaunch in its 35th anniversary year!

It's the news Fighting Fantasy fans have been waiting for, but hardly daring to believe could actually happen, for a long time.

That's right, in its 35th anniversary year, Fighting Fantasy is coming back as the series relaunches for a new generation and with a new publisher! 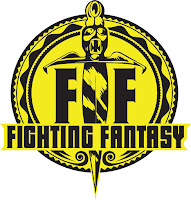 Before gaming gripped the imagination of children worldwide, Fighting Fantasy was the bestselling fantasy brand that made the reader the hero of every story. In its 35th anniversary year, Scholastic UK is proud to announce the acquisition of Ian Livingstone and Steve Jackson’s classic series of adventure gamebooks which will be republished, repackaged and reignited for a new generation. Furthermore, Scholastic UK will publish a brand-new gamebook by Ian Livingstone, The Port of Peril, and future titles are planned.

Almost 20 million copies of Fighting Fantasy have sold worldwide in 32 languages and the series has a legion of high-profile fans, including Charlie Higson, who says: “Before there were video games, before kids could get lost in the labyrinth that is the Internet, before The Lord Of The Rings films, Game of Thrones and the reboot of Doctor Who turned everyone onto fantasy and sci-fi, there were the Fighting Fantasy books. A new way of telling stories and in many ways the birth of modern gaming, these books captured the imagination of a generation of kids – and locked them in the Deathtrap Dungeons. It’s great to think that a new generation of kids are going to be similarly captivated.”

Ian Livingstone says: “Fighting Fantasy has survived the test of time, and I’m thrilled that Scholastic are re-imagining our gamebook series for a new generation of fans. Starting with five classic titles, including The Warlock of Firetop Mountain, I hope readers will have enough SKILL and STAMINA to survive the challenges of The Port of Peril, my brand-new adventure.”

Steve Jackson says: “It was 35 years ago that the first Fighting Fantasy gamebook appeared in UK bookshops and readers became heroes as they explored the caverns of Firetop Mountain. And now, after all those years, it is particularly exciting for FF to be embarking on a new publishing partnership with Scholastic, the world’s largest children’s books publisher. May their Stamina never Fail!”

Lauren Fortune, Editorial Director at Scholastic UK, says: “A whole generation of children grew up reading the Fighting Fantasy series in the 1980s and 1990s, often reluctant readers for whom this was an important gateway into books. There is so much here to appeal to today’s young readers: the best monsters, the chance to create your own pathway through the story, the empowering, compelling set-up that in the Fighting Fantasy world, YOU are the hero. As a huge fan of these books from childhood, I couldn’t be prouder to be republishing them this year.”

In August 2017, Scholastic UK will publish The Port of Peril, the new gamebook by Ian Livingstone, along with five classic titles, including The Warlock of Firetop Mountain. A further tranche of titles will publish in spring 2018. 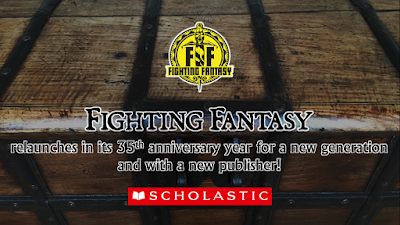