The maps that used to appear in the Fighting Fantasy books have always been celebrated, quite rightly, as wonderful works of art.

Well French Fighting Fantasy fan Alnaro has produced his own maps of some of the most iconic FF adventures, and they too are works of art.

But be warned - spoilers lie ahead! 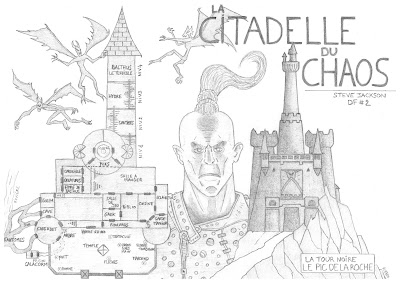 Alnaro's maps are characterised by the inclusion of creatures, characters and settings that appear in the gamebooks, or on their covers. His map solution for Steve Jackson's The Citadel of Chaos is a perfect example of this. 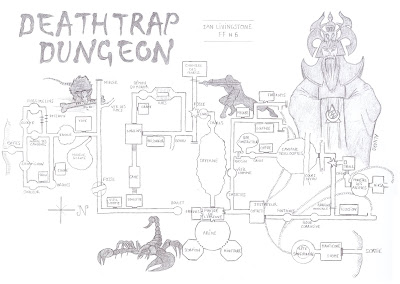 One of the things that makes Alnaro's map of Ian Livingstone's seminal Deathtrap Dungeon stand out is his portrait of Baron Sukumvit. Another is the fact that it has been presented horizontally, rather than vertically. 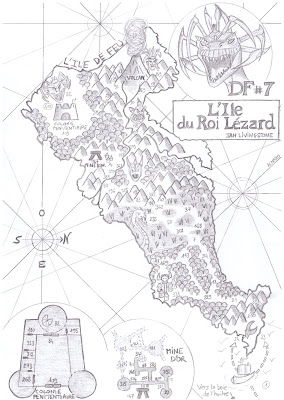 The different regions of Fire Island can be clearly seen on this map of Ian Livingstone's Island of the Lizard King, which includes two mini-maps of the gold mine and the prison colony. 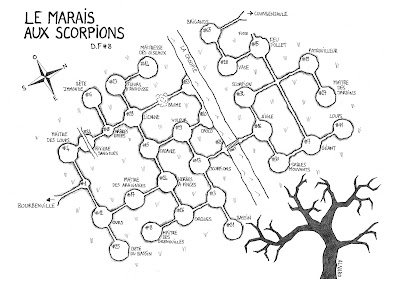 Alnaro's map of Scorpion Swamp is less illustrative, but nonetheless striking and effective. 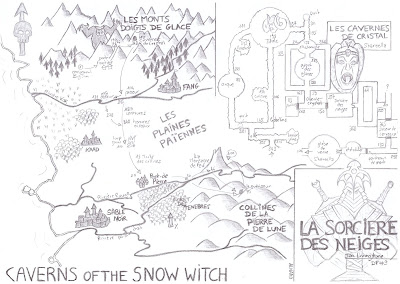 His map of Ian Livingstone's Caverns of the Snow Witch makes it clear what a wide-ranging adventure it is, with the hero travelling from the Icefinger Mountains, across the Pagan Plains to Stonebridge and the Moonstone Hills, and from there to the peak of Firetop Mountain! 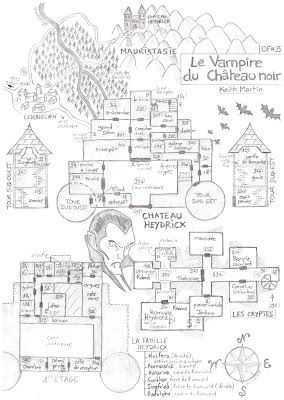 Alnaro's map for Vault of the Vampire includes the overland route to Castle Heydrich, as well as detailed plans of the vampire's lair itself. 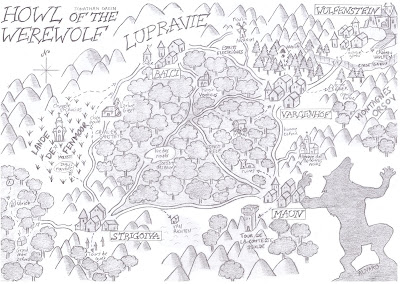 The beast-haunted land of Lupravia is rendered in exquisite detail in Alarno's solution to Howl of the Werewolf, as is the kingdom of Femphrey that is the location for Stormslayer. 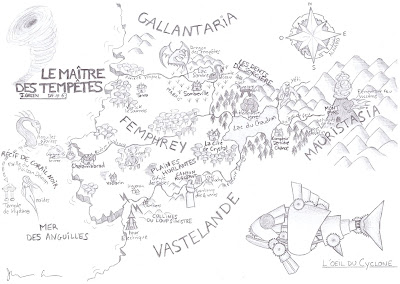 And finally we have the Invisible City, from Charlie Higson's FF adventure The Gates of Death. The Temple of Throff is a nightmare to navigate, but with this map to aid you, you actually have a chance of doing so successfully! 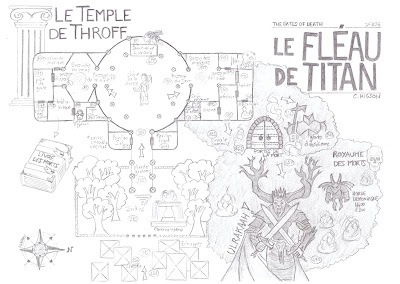 If you have your own maps of your favourite Fighting Fantasy adventures, we want to see them. Find out more here.

Email ThisBlogThis!Share to TwitterShare to FacebookShare to Pinterest
Labels: Caverns of the Snow Witch, Deathtrap Dungeon, Fan Zone, Howl of the Werewolf, Island of the Lizard King, Maps, Scorpion Swamp, Stormslayer, The Citadel of Chaos, The Gates of Death, Vault of the Vampire