The Second Swordsman – 'Watch Out For The Hitman!'

Today is Friday the 13th, but will it be a case of 'unlucky for some' as Malcolm Garcia tackles another Second Swordsman challenge?

The Second Swordsman – 'Watch Out For The Hitman!'


For every FIGHTING FANTASY book where YOU are searching for a special object or magical weapon to complete your quest, there are more than a few where the goal is for YOU to kill whatever local ‘big-bad’ is terrorizing the citizenry or scheming to take over Titan. And so, in this edition of the SecondSwordsman, I’ll see whether choosing every second option will assist me in an assortment of assassination adventures. 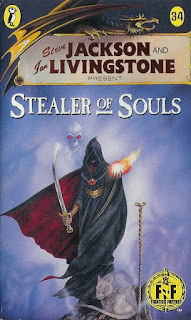 In Stealer of Souls YOU start off seeking to rescue the friendly wizard Alsander from the prison of an Archmage who has learned how to harness the power of people’s fears and nightmares. But, just as the movie Predator was never going to be just about a rescue mission, quicker than you can say ‘get to the chopper’ your quest becomes a hunt to destroy the evil Mordraneth. In The Keep of the Lich-Lord YOU are sent to deal with Lord Mortis, a warrior who has risen from the grave and is amassing an army of the wicked (why killing him a second time will work any better is never explained fully). And in Legend of Zagor YOU go forth to defeat the original big-bad, but this time Zagor has become fused with a demon from a world beyond Titan. 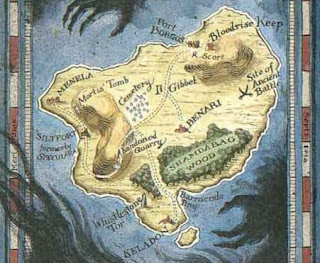 A regular occurrence when choosing every second option in FIGHTING FANTASY novels is that YOU ignore opportunities to learn important information, gather treasure, or fight creatures and instead YOU rush through the adventure and miss out on a lot. This also happened somewhat with these three books, with the worst culprit being Keep. After arriving on Stayng Island I immediately left the town of Siltport and headed for the hills. Then I kept on moving and ignored in quick succession a cave, a cemetery, and a gathering in the woods (any of which would usually be a prime candidate for excitement) before hurriedly arriving at the docks at Keladon (more about those later).

In Stealer I began by making some good decisions and found my way to the subterranean Iron Crypts. But then I ignored several doors and passageways, and it wasn’t until after I’d fought the Dark Priest that choosing the second option led me to explore more, which helped me find the good wizard Alsander and enter Mordraneth’s Empire of Illusions. Stealer also had one of the few occasions in a FIGHTING FANTASY adventure where I got to have a nap during a dungeon crawl. I also managed to score a crowbar and some SKILL-boosting chainmail armour, as well as learn a handful of spells. These all gave me some momentary hope that, as in Battleblade Warrior, I might just muddle my way through to 400, or very close to it. 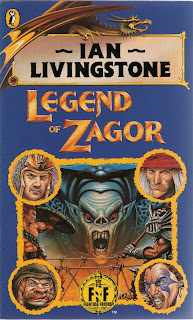 In Legend, while the Second Swordsman process didn’t make me ignore numerous rooms (as it had done in The Warlock of Firetop Mountain) it did make for a somewhat wearisome adventure. Because of the design of the castle, choosing every second option had me enter nearly every room I came across as I worked my way through the halls of Castle Argent. A few of these places were beneficial, but the purpose of most seems to have been to slowly drain me of my STAMINA through combat. But I did manage to have the most LUCK I’ve yet had when gambling (breaking my bad run from Seas of Blood and Bloodbones), fortuitously avoided the plague by having bought the antidote earlier, and discovered some more SKILL-boosting chainmail armour. Curiously I also picked up a valuable silk tapestry, which must be the first time in a FIGHTING FANTASY adventure where I’ve been rewarded with soft furnishings. 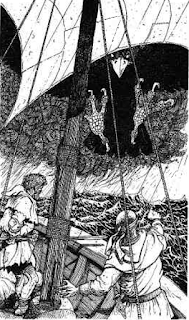 For some of these three adventures, my good initial SKILL scores were given a workout. In Stealer I had a fight at the very start of the adventure against a Giant Stormbird and then didn’t fight anything else until I went underground. But I then made up for lost time by defeating another thirteen creatures – including a few occasions where I lost no STAMINA in the battle. In Legend I chose not to waste a precious LUCK point near the very start, and had to face off in a tough battle against a Fog Wyvern. Then once I made it ashore on Tower Island I fought another fifteen creatures, including the awesomely named Skulking Shade as well as the SKILL ten Skeletal Dragon. But in Keep, choosing to rush across Stayng Island meant I did not have a single fight. The only times this has happened previously were in Crypt of the Sorcerer, Spectral Stalkers, and Island of the Lizard King. 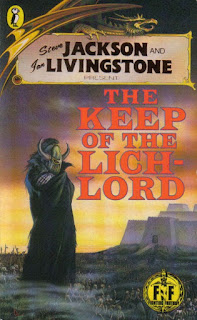 Unfortunately, by choosing every second option I again failed to meet with success. I met my end in Keep by rushing a group of pirates at the aforementioned Keladon docks, which rewarded me for my foolishness with an instant death. I died in Stealer from being bitten by a floor of illusory snakes – which would probably not have happened if I’d not stupidly spent my sole ‘dispel illusion’ spell on a pack of rats just a few choices earlier. And in Legend I didn’t even get to meet Zagor, but instead failed in a fight against an elven thief who was armed with a poisoned dagger, a magical cloak, and a SKILL level of twelve. This was a very tough foe for one that wasn’t a ‘big-bad’ (only about one per cent of Titan’s creatures have this SKILL level) and I feel that avoiding this fight is essential to have a chance of victory. This is the twenty-seventh FIGHTING FANTASY adventure I’ve tried the Second Swordsman process on, but it’s only the sixth where I’ve fallen in combat – the other victors being the Kraken, the Fire Elemental, the Giant Sandworm, one of Carnuss’ slaves, and the Minotaur of Zagor’s maze.

So once again the Second Swordsman process yielded varying results. From the disappointment of Keep, to the frustration of Legend, and the momentary optimism of Stealer. I can only hope that next time I make fewer stupid decisions and don’t follow the lyrics of Watch Out for the Hitman and “do that thing until your body starts to break.” 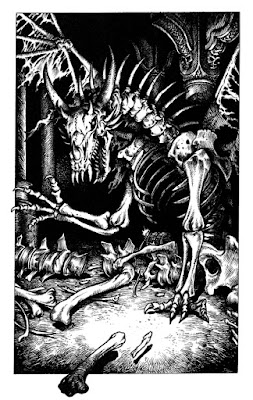