Blast from the Past! The Shamutanti Hills

The next tranche of Fighting Fantasy releases from Scholastic Books include the first title in Steve Jackson's seminal Sorcery! series. So it seemed timely today to revisit this classic gamebook title - The Shamutanti Hills! 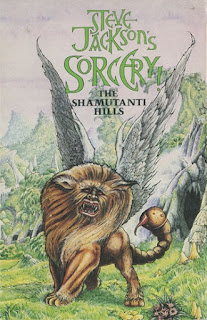 The first book in the Sorcery! series, aimed squarely at adult gamers, was released in late 1983. TheShamutanti Hills - which bore the dedication ‘To Ian Livingstone’ and which was illustrated inside and out by fantasy art legend John Blanche - saw the commencement of an epic quest to recover the Crown of Kings from the evil Archmage of Kakhabad. In the adventure, the hero has to make his way through the hills of the title, “alive with evil creatures, lawless wanderers and bloodthirsty monsters, the land is riddled with tricks and traps waiting for the unwary traveller.”

Despite being for adults, the game still used the usual Fighting Fantasy gaming mechanics, the cover proudly stating the mantra familiar to Fighting Fantasy fans that, “Two dice, a pencil and an eraser are all you need for this adventure – YOU decide which paths to take, which dangers to risk and which monsters to fight.” The big difference came from what gave the series its name. As well as being a mighty warrior, the hero of the Sorcery! series could also be played as a powerful magic-user. 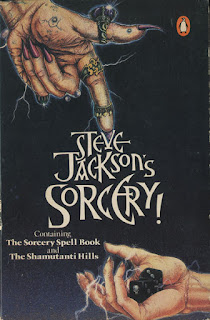 The ‘simple’ version of the adventure involved the use of no magic whatsoever, as with most FF adventures up until this point (with the notable exception of The Citadel of Chaos). However, there was also the option whereby the reader could opt for the ‘advanced’ version of the game, which relied heavily on magic, with the hero being able to cast a wide range of spells. Each spell cost between 1 and 4 STAMINA points to cast, and each was denoted by a three letter word (following the pattern consonant-vowel-consonant), and often required very specific ingredients to be cast successfully at all. 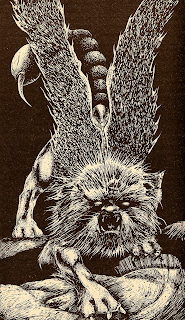 There was also the option to call on Libra, the goddess of justice, once during the course of the adventure, either to enable the hero to escape a tricky battle, to be cleansed of curses or diseases, or to have their starting attributes restored to their Initial level.

The easiest of the Sorcery! series to complete – and the shortest, despite having 456 references in total, numerous paragraphs being given over to spell-casting rather than plot development – TheShamutanti Hills concludes with the hero battling the Manticore that has appeared on the cover of every edition of the book ever published.

Will Scholastic Books follow in that tradition? We will just have to wait and see... 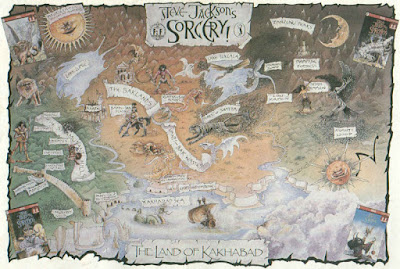 The Shamutanti Hills is now available as an app from inkle studios.

You can find out more about the creation of the best-selling Sorcery! series - in both book and app form - in Jonathan Green's YOU ARE THE HERO - A History of Fighting Fantasy Gamebooks and YOU ARE THE HERO Part 2, available now from Snowbooks. 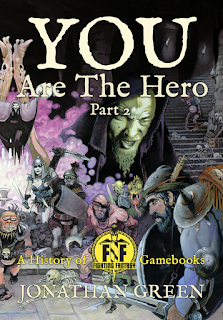