This summer sees the release of the next tranche of Fighting Fantasy Gamebooks from Scholastic Books - two classic titles and one brand new adventure by Ian Livingstone. All three feature new cover art by Game of Thrones illustrator Robert Ball, and will be on sale at Fighting Fantasy Fest 3. 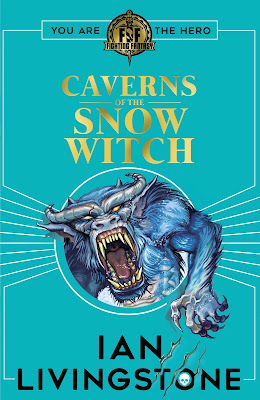 Deep within the Crystal Caves of the Icefinger Mountains, the dreaded Snow Witch is plotting to bring on a new ice age and take over the world. Will YOU be able to stop her? 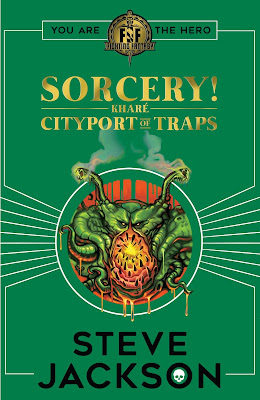 YOU, the hero, must brave the city of Kharé, where every doorway or alley conceals sudden danger. You will need all your wits about you to avoid the traps and survive the unimaginable horrors ahead...

"But what of the third title, the new book by gaming legend Ian Livingstone?" the Warlock hears you cry.

Come back again tomorrow, and all will be revealed...