Beyond the Pit - Set VIII 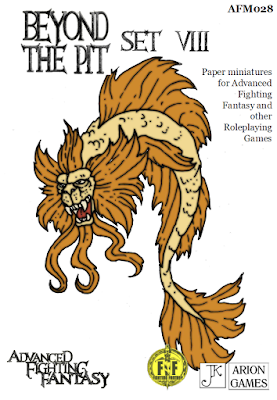 Arion Games have just released their eighth set of paper miniatures for the Beyond the Pit compendium of Fighting Fantasy monsters.

The set contains Titan-specific beasties such as the Kalamite, Khuddam and Maijem-Nossoth, as well as old favourites including Lizard Men and the Kraken.

You can download the paper miniatures via DriveThruRPG, where you will also find the other sets in the series, and which can use to enhance your tabletop games of Advanced Fighting Fantasy.