Steve Jackson is a veteran of the games world. As a student he founded the first UK board games club, at Keele University. On moving to London his games career began as a reviewer for ‘Games & Puzzles’ magazine, the world’s first professional magazine devoted to games and puzzles. Together with his old school chum and gaming buddy Ian Livingstone, the pair founded Games Workshop and went on to create the Fighting Fantasy Gamebook series. In the 1990s he was a columnist for the Daily Telegraph. His weekly Games Page included game reviews, features on the history of games, news and puzzles. In 1996 Steve co-founded Lionhead Studios with legendary PC game designer Peter Molyneux. Lionhead developed Black & White and Fable. Apart from Fighting Fantasy, his game designs include 'The Warlock of Firetop Mountain' boardgame, 'Battlecards' (a collectible card game series which pre-dated Magic: The Gathering!) and 'F.I.S.T.', the first ever interactive telephone game. More recently he spent 8 years as Professor of Games Design at Brunel University.

Ian Livingstone is a passionate games player, designer and collector, and has over 1,000 board games in his collection. He co-founded iconic games company Games Workshop with Steve Jackson in 1975, launching Dungeons & Dragons in Europe. Again with Steve Jackson, he co-created the multi-million selling Fighting Fantasy gamebook series which began life in 1982 with the publication of The Warlock of Firetop Mountain written by Steve and Ian. He has written 15 Fighting Fantasy Gamebooks including such classics as The Forest of Doom, City of Thieves and Deathtrap Dungeon. When serving as Executive Chairman at Eidos, he launched global video games franchises including Lara Croft: Tomb Raider and Hitman. He co-authored the influential Livingstone-Hope Next Gen review published by NESTA in 2011, working with government to introduce the new Computing curriculum in schools in 2014. His current roles include Chairman of Sumo-Digital, Chairman of Playdemic and Chairman of Midoki. He has received a BAFTA Special Award for his services to the video games industry, and was awarded a CBE in the 2013 New Year Honours list. 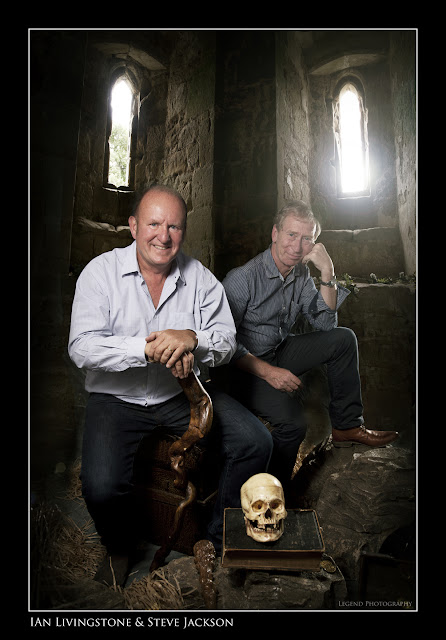