The Second Swordsman – Preparing for The Port of Peril

With Ian Livingstone's The Port of Peril published this Thursday, it's time for another in Malcolm Garcia's Second Swordsman series. Enjoy!

The Second Swordsman – Preparing for The Port of Peril

With the imminent release of Ian Livingstone’s new FIGHTING FANTASY gamebook, The Port of Peril, I decided to get ready for attempting the latest adventure by trying the Second Swordsman process on a trio of his books from the original series. The last time I entered his part of Allansia was in Island of the Lizard King (which was the seventh of his books that I’ve attempted). This was the adventure where I set a new record by dying within four choices, so I was hopeful this was just one-off failure and I’d find more success if I tried three of his books in quick succession.

In each of these three, YOU ARE THE HERO trying to save the world of Titan from impending doom by attempting to destroy an evil ne’er-do-well. Temple of Terror has the evil wizard Malbordus, who will be given unchecked power if he can get his hands on several dragon artifacts which are hidden in the lost city of Vatos Crypt of the Sorcerer has the necromancer Razaak, who has risen from the grave bent on vengeance and can only be defeated by his own long-lost sword. And Armies of Death has the shadow demon Agglax, who is amassing an army of evil in northern Allansia.

The internal illustrations for both Temple and Armies were done by artists who would only do this once in the FIGHTING FANTASY series, being Bill Houston and Nik Williams respectively. Crypt was illustrated within by John Sibbick, who also did Midnight Rogue and the cover for Masks of Mayhem. And both Temple and Armies had covers by Chris Achilleos. Armies is also unique in that it’s the only time YOU are the adventurer in a direct sequel, it following on from your successful attempt at Trial of Champions. While the opening of Temple seems to suggest that the wizard Yaztromo knows you from The Forest of Doom, although whether this is actually the case is not explicitly revealed.

The three adventures all started well with either fair or good starting scores for my SKILL, STAMINA and LUCK. Temple added the ability to use several magic spells – although I never actually had the opportunity to use any. Crypt dispensed with the usual ten provisions and gave me a five-portion healing potion instead – although I never got to use it. And Armies added the opportunity to have skirmish battles between soldiers – although I didn’t get to try this modification either. 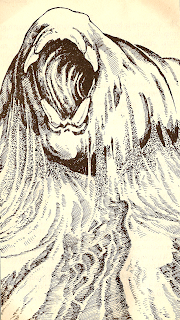 In Temple I was able to reminisce about good times as I visited Port Blacksand early on and stayed at the Black Lobster tavern, although while there I was robbed of all my gold (which is apt for the City of Thieves). I was later rescued from a sinking pirate ship by a crew of sea-going Dwarves, but not before I was quizzed about who was their King (the answer is in the background section of the book – well played Mr. Livingstone!). Then I started across the Desert of Skulls looking for Vatos. I fought some Needle Flies but then ignored too many opportunities to gather information and objects and was finally killed by a Giant Sandworm. This is only the fourth time the Second Swordsman process has failed due to a fight (the previous time was against a Kraken in Demons of the Deep). With the Giant Sandworm’s SKILL score of ten I figure I either (a) had gone the wrong way entirely, (b) had failed to find a special object to help kill it, or (c) this was just a test to cull the weaker characters before they reached Vatos where more fearsome foes dwelled. 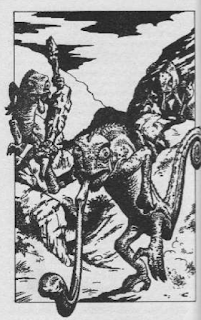 Crypt also starts with a chat with Yaztromo where he tells me that Razaak’s sword is to be found in the Lost Lake which is somewhere in the Moonstone Hills.  I headed into the Hills on horseback but then, through two unlucky rolls of the dice, I was thrown from my horse and then robbed and left for dead by some Chameleonites. Thus a new record has been set – dead after just two choices. No fights. No puzzles. Just an ignominious end.

In keeping with its title, in Armies YOU start with an army of 220 warriors. And YOU still have 700 gold left over from your success in Trial. For this I can forgive the lack of any provisions at the start of the adventure. Through using the Second Swordsman process I don’t muck about and immediately start marching to find Agglax’s army. In doing so I ignore the advice of people I meet on the way and anonymous cries for help (ignoring things seems to usually be the second choice in Ian Livingstone adventures). I reached the town of Zengis in record time, and then before nightfall I managed to ignore six opportunities in a row to spend my loot or otherwise gain information or objects. After leaving Zengis, no better off than when I arrived, I then entered the Forest of Fiends and continued to rush and ignore things. I found Agglax’s army and, while I had not yet lost a single warrior, I had also not gained any more troops or objects or information to help me to victory. A combination of Chaos Warriors, catapults and an arbitrary dice roll cut my troops by half and I then suffered an instant death at the hands of a goblin armed with a crossbow. 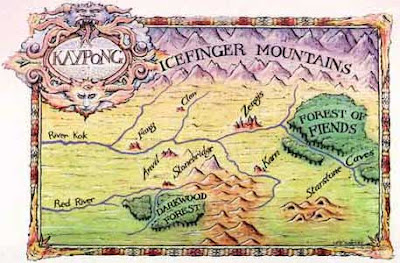 I did get into several one-on-one fights in Armies, taking on a Fishman (possibly related to those in The Forest of Doom – another Ian Livingstone adventure), a trio of Robbers, a Mountain Orc, a Hill Troll, and a Werewolf. While none of these were too difficult, because of my good starting SKILL, it was annoying not being able to replenish STAMINA that was lost from the occasional unlucky dice roll. And even though the Werewolf managed to inflict one wound upon me when it only had one STAMINA point, I still needed to do a LUCK test to see whether I’d contracted lycanthropy.

So once again, the Second Swordsman process has been unsuccessful in my quest for glory. But while I set a new record for failure in Crypt, I did manage to find Agglax’s troops in Armies. It will be interesting to see how I perform in The Port of Peril. In all of my adventures I’ve yet to die in Port Blacksand, but will choosing every second option mean I continue to ignore too many opportunities for new objects or knowledge and fail tantalisingly close to the finish? We will find out in just a few days... 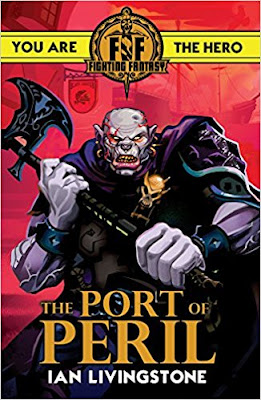