The Warlock of Tabletop Mountain

180,000 genre fans attended the four-day event and a significant percentage of them were Fighting Fantasy fans! Jambo Editora, the Brazilian publishers of Fighting Fantasy, certainly made sure that there was plenty of stock to sign! 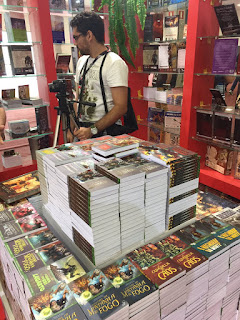 And it was a good thing too! There were over 100 people in line at the start of Ian's signing sessions for all four days, and they all lasted over two hours before the queue began to die down! 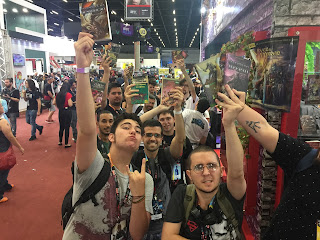 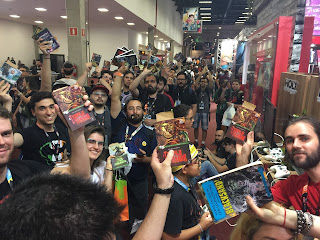 What was particularly pleasing was how many children were there with their parents, who loved the books back in the '80s and '90s.

And here's the view from the main hall stage, with 800 fans crammed in to hear Ian's talk about FF and RPGs - for which he received a standing ovation! 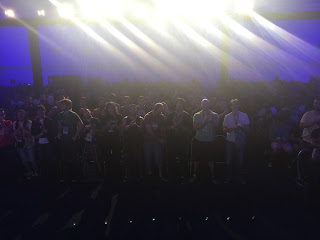 Among the many fans Ian met over the four days was Daielyn Cris, who gave him her beautifully illustrated, hand-made edition of City of Thieves! 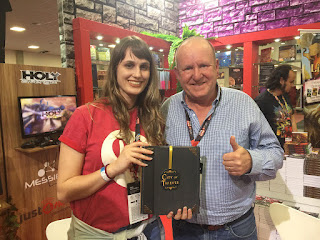 FF fan Daniel Werneck gave Ian The Warlock of Tabletop Mountain, an FF book in which you are Ian Livingstone! 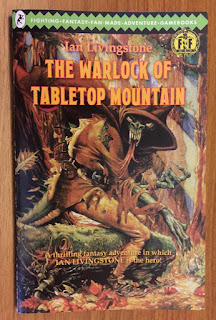 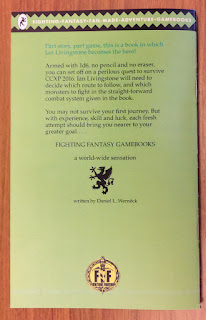 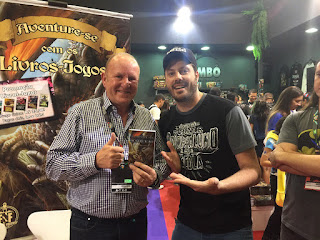 And here's Ian with a Freeway Fighter fan! 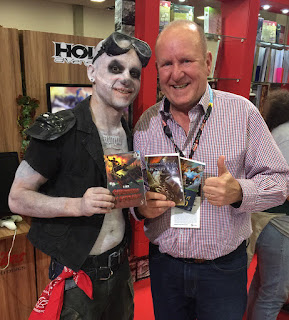 Ian also met Ed H Muller, who produced the cover illustration for the new Brazilian edition of Temple of Terror, which he then generously gifted to book's author! 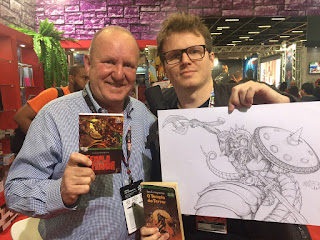 The whole São Paulo Comic Con experience was very much like being on the set of Fighting Fantasy: The Movie! 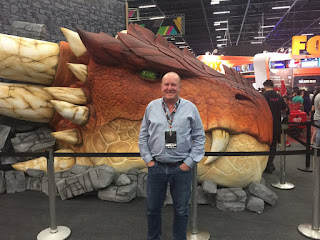 In fact, Ian was so inspired by the event that he posted this tweet on Sunday! 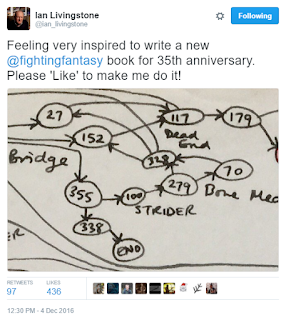 So if you want a new FF gamebook for the 35th anniversary, you know what you have to do...