Dragons have long been a staple of fantasy games and fiction, and that is as true of Fighting Fantasy gamebooks as it is of any other popular fantasy setting.

Today is #AppreciateADragonDay and there are certainly plenty of dragons to appreciate in Fighting Fantasy, from  Russ Nicholson's Dragon in the first ever FF gamebook, The Warlock of Firetop Mountain, and Chris Achilleos's 'Dragonspell' cover for Titan - The Fighting Fantasy World... 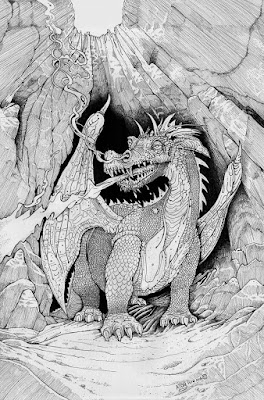 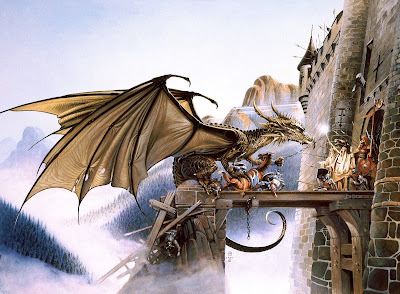 ... through to Robert Ball's reimagined White Dragon from the Scholastic edition of Ian Livingstone's seminal Caverns of the Snow Witch, and Stephen Lavis's Brimstone Dragon from Steve Jackson's The Tasks of Tantalon... 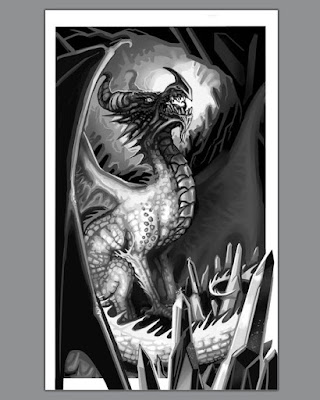 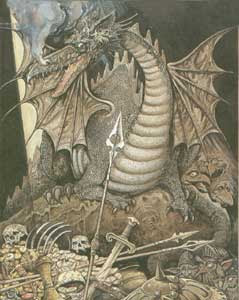 ... not to mention Tony Hough's 'Night Dragon' and Martin McKenna's 'Eye of the Dragon'. 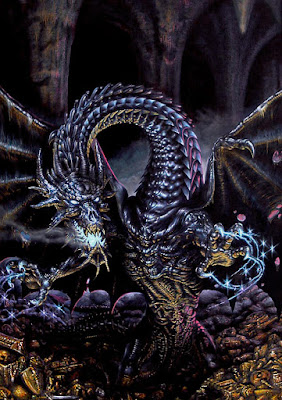 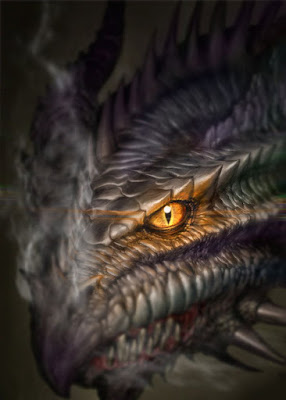 So which Fighting Fantasy Dragon will you be appreciating this #AppreciateADragonDay? 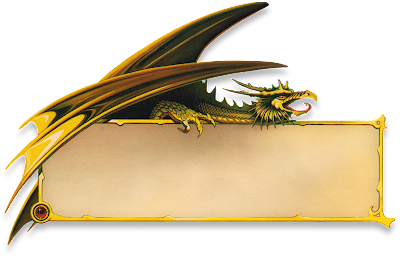