The worlds of Steve Jackson and Ian Livingstone's Fighting Fantasy gamebooks have inspired readers, writers and artists ever since The Warlock of Firetop Mountain was first published in 1982.

One of those so inspired is amateur model-maker and miniature painter Steve Beales. You can see many examples of his Fighting Fantasy-themed models on his blog Somewhere the Tea's Getting Cold. For his most recent conversion he took inspiration from Steve Jackson's FF novel The Trolltooth Wars, not to mention his seminal gamebook, Creature of Havoc. 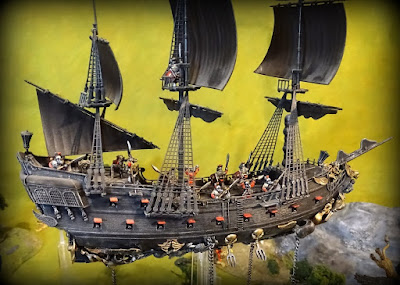 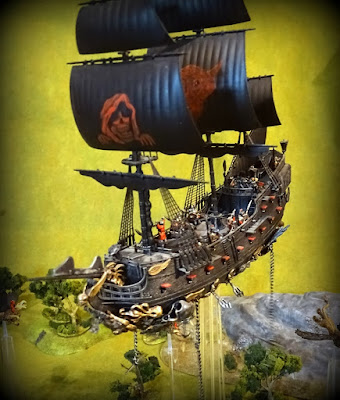 The Galleykeep was Zharradan Marr's ultimate fighting machine: a majestic sky-galleon with billowing black sails which caught the wind and drew the vessel smoothly through the air. As a spectacle, its magnificence was unsurpassed. Those on the ground who saw the Galleykeep pass above believed they were watching the gods themselves sail past. As a transport vessel it could carry a thousand troops or as much cargo as passed through the Trolltooth Pass overland in ten weeks.

From The Trolltooth Wars, by Steve Jackson.

You can find out how Steve went about converting his model here, on his blog. And you can still buy PJ Montgomery and Gavin Mitchell's graphic novel adaptation of Steve Jackson's The Trolltooth Wars here. 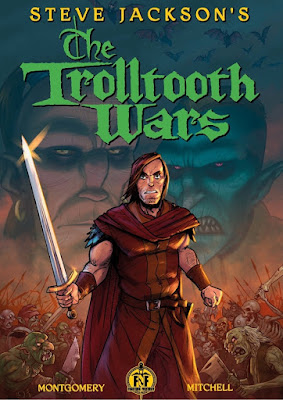