Inkle, the developer behind the superb digital adaptation of the Steve Jackson's Sorcery! series, will be bringing the game(s) to Nintendo Switch later this year. 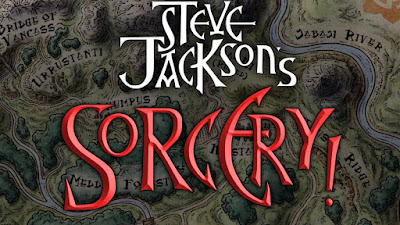 Here's what Eurogamer.net had to say about the Sorcery! games:
"Jackson's source material - a four-part spin-off of the Fighting Fantasy series - is still a delight, and Inkle gives the adaptation's predominantly text-based choose-your-own-adventure proceedings a real sense of presence, through some satisfyingly chunky map exploration, enhanced combat, and other nifty tricks."
And here's what PocketGamer.com thought:
"Beautifully realised and with a compelling if familiar narrative... this gripping tale has us well and truly hooked."

While Inkle originally released the four-part epic in installments, the Switch version, which is being handled by Polish publisher No Gravity Games, will include all four chapters in a single package. 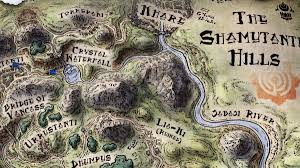 Sorcery! Parts 1-4, as the game will be known on Switch, is due to arrive in the third quarter this year. 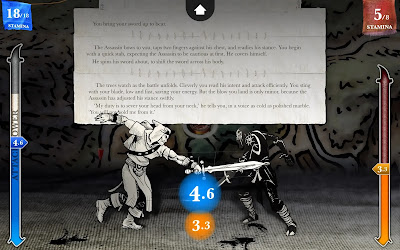 An epic adventure through an open world of monsters, traps and magic. Infiltrate the Fortress of Sorcerers, and create your own unique story where every decision you make is remembered, no matter how small. Cheat death, uncover ancient mysteries, and recover the Crown of Kings – if you can. Spanning four interconnected games, players weave their own unique tale of adventure, daring, luck and cunning from a million words of dynamic content and tens of thousands of decisions. Each part can be played separately, or strung together, with consequences of decisions that span the whole series.
Posted by The Warlock at 13:20