Having been cancelled altogether last year, and postponed again this year, the UK Games Expo is taking place at the NEC in Birmingham from Friday 30 July - Sunday 1 August, 2021. And what's even better is that Ian Livingstone will be there, flying the flag for Fighting Fantasy!

Ian has a stand at the event for the whole weekend, and will be selling copies of the collector's hardback edition of Assassins of Allansia. He will also be giving his 'Life is a Game' talk on the Friday evening, from 5:30-7:30pm. 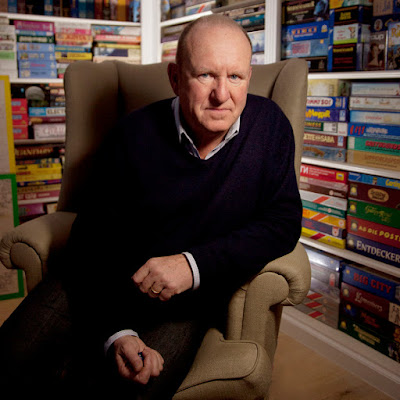 Ian will give an entertaining and visual account of his struggles as an entrepreneur in the 1970s when he and Steve Jackson founded Games Workshop and launched Dungeons & Dragons and Warhammer in Europe.

He will talk about the history of the multi-million-selling Fighting Fantasy gamebook series, which are still in print today almost 40 years later, and will end by listing his top ten favourite board games from his collection of more than 1,000.

Ian's talk will be followed by a Q&A, and a book signing session. This is a free event and will take place in the Toure suite.

To find out more, and to purchase your ticket for the UK Games Expo, click here.