What is Fighting Fantasy?

Are you new to the world of Fighting Fantasy Gamebooks?

If so, then you have come to the right place to find out more about the Fighting Fantasy series! 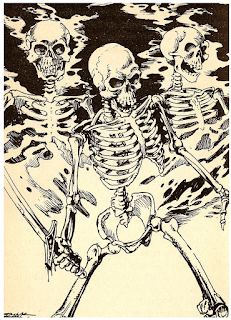 Fighting Fantasy is the title given to a series of interactive novels also known as Gamebooks that were developed by Steve Jackson and Ian Livingstone. They had a huge following during the 1980s and 1990s. The FF books were ground-breaking in their heyday as they provided the reader with the chance to enjoy a good fantasy story as well as, for the first time, allowing the reader to guide the direction of the story to one of numerous end variations.

What is so special about the Fighting Fantasy series of books is that in each and every book the reader participates and affects the outcome of story. The reader assumes the role of the main character in the story, from the beginning of the story to the end, by guiding their character down various paths through the use of numbered paragraphs. The basis of all the books is a written background that outlines the location of the story, the characters involved and the events that have taken place. As a reader follows the plot they are often given certain choices that have to be made as the game progresses.

The reader has to make choices and concentrate on guiding their fictional character through the book's adventure, which often involves tricks, traps, riddles, encounters and most importantly combat. The majority of the FF Solo adventure Gamebooks are divided into 400 paragraphs of text all numbered consecutively. These vary, from a few lines to several paragraphs long, and describe encounters, people, conversations and events. At the end of these paragraphs a choice is usually presented with a reference to which paragraph should be read next, if chosen. Choices range wildly something simple like – 'If you wish to go north, turn to 324. Otherwise, go to 13' to much more complex alternatives. 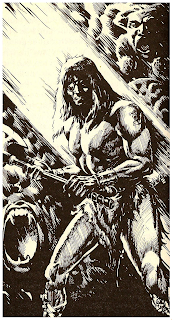 Occasionally a player can find himself or herself facing concluding paragraphs, which bring the adventure or the fictional character to an end. In later books in the series the Fighting Fantasy Gamebooks themselves became more complex and events along the way could lead to the reader having to note down a paragraph number until an event later in the book would allow the player to turn down that path. These books often became the most popular and Creature of Havoc is a fine example of this.

Fighting Fantasy became a phenomenon in the 1980s due, in part, to their popular interactive element, but more importantly due to the exciting rule system that was their core of the FF series. As well as allowing the reader to control a fictional character, the books also act as an ingenious game that a reader can play by his or herself. This is achieved through the use of several six-sided dice, a pencil and an eraser, as well as a clever game system.

Using the dice before reading the background to the story, the reader - or, more correctly, the player - creates their fictional character's strengths and weaknesses. These are determined through the rolling of dice to determine a character's three initial characteristics - SKILL, STAMINA and LUCK. An adventure sheet provided with the book allows a player to keep track of these scores and events occurring from start to finish. 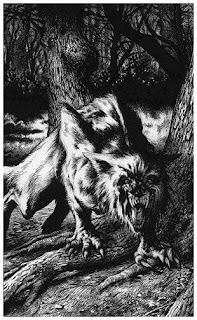 The first characteristic, SKILL, represents the fictional hero's physical prowess and fighting expertise. STAMINA represents the overall health and strength of the character, which in turn affects their ability to survive wounds, fatigue, poison or disease. LUCK, the last characteristic, represents how naturally lucky a character is, and this can attribute can be used to improve the success of attacks or help determine whether a paragraph choice is fortuitous or otherwise. SKILL, STAMINA and LUCK points can be lost all to easily during the course of a challenging adventure, but they can also be restored through various methods including magic, rest, food and potions.

Encounters with characters, creatures or monsters can all too often lead to combat. During combat the player rolls two six-sided dice, and this total is added to their SKILL score to become their ATTACK STRENGTH. The dice are rolled again and the result added to the opponent's SKILL score to become the opponent's ATTACK STRENGTH. Whoever's ATTACK STRENGTH is highest is the victor of that round of combat, and the loser has to deduct one or more points from their STAMINA until nothing remains, resulting in death.

So what are you waiting for? The world needs heroes more than ever before, and a whole world of adventure awaits you within every Fighting Fantasy Gamebook! 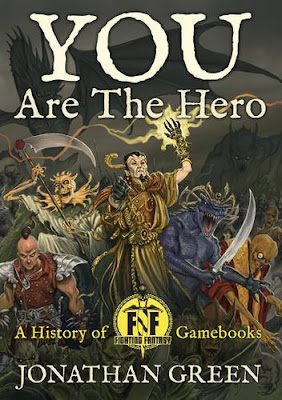 Fighting Fantasy gamebooks have sold over 17 million books worldwide, in over 30 languages. But when Steve Jackson and Ian Livingstone sat down to write The Warlock of Firetop Mountain they had no idea this one book would go on to spawn another eighty or more titles, and have an immeasurable impact on a generation of children growing up in the 1980s.

Part history, part celebration, YOU ARE THE HERO chronicles more than three decades of Fighting Fantasy. Written by Jonathan Green (author of seven Fighting Fantasy titles), this mighty tome will appeal to anyone who ever wiled away a washed-out summer holiday with only two dice, a pencil, and an eraser for company.