Ian Livingstone's seminal Fighting Fantasy gamebook, Deathtrap Dungeon, has been reimagined (and reprinted) again and again over the years.

One of the most recent adaptations is Branching Narrative's Deathtrap Dugeon: The Interactive Video Adventure, featuring Eddie Marsan.

However, the first video game adaptation was Ian Livingstone's Deathtrap Dungeon, released in 1998 for the Sony PlayStation and Windows PC. 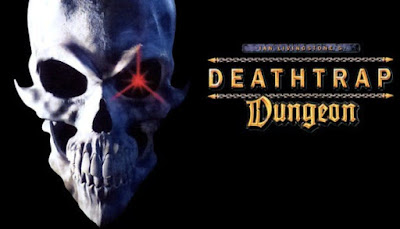 Described as a medieval action/adventure video game, the adventure took place in Baron Sukumvit’s labyrinth of death, and some familiar faces made an appearance along the way – such as the prehistoric Pit Fiend, the Bloodbeast, as well as Skeletons and Giant Spiders – along with new elements including flying turtles, exploding pigs, and an entire Circus level. 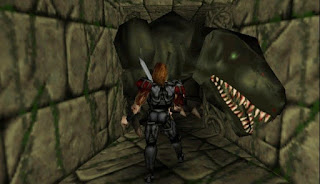 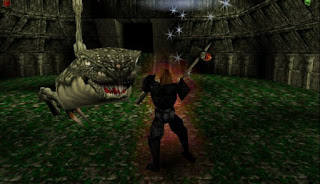 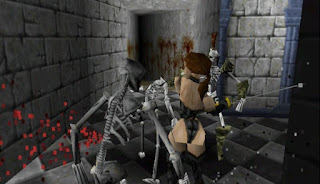 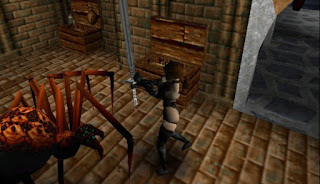 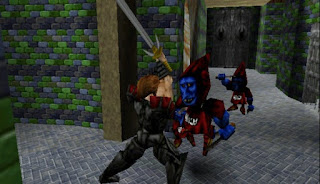 If you have fond memories of playing Ian Livingstone's Deathtrap Dungeon back in the day, or you were born too late and would love to find out for yourself what it was like to undertake the walk in state-of-the-art 1998 3D graphics, then you will be pleased to learn that the game is available now, as a Humble Bundle deal here. And the clincher is it's selling for just 99p!

So what are you waiting for? Deathtrap Dungeon awaits! 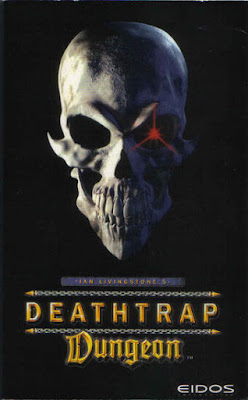