Three months today, Saturday 27th August, is International Gamebook Day. It is an online event that celebrates all things gamebook-related, featuring interviews with creators from all over the world. This year, International Gamebook Day also just so happens to be Zagor the Warlock's 40th birthday, so you can expect some Fighting Fantasy themed material in particular on the day.

And a week later, on Saturday 3rd September, Fighting Fantasy Fest 4 is taking place at the University of West London in Ealing, at which Steve Jackson and Sir Ian Livingstone will be talking about their new books, Secrets of Salamonis and Shadow of the Giants. 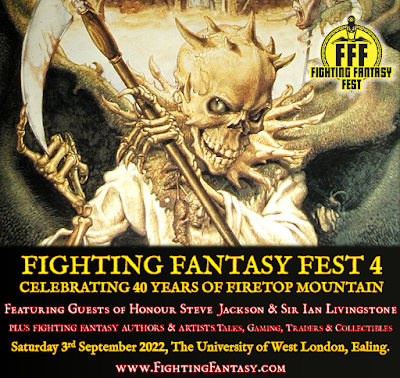 But before then, we have the UK Games Expo, which kicks off a week today, on Friday 3rd June, at the NEC in Birmingham. Although Sir Ian is no longer able to attend himself, Olly McNeil - of Steve Jackson's House of Hell LIVE! fame - has kindly agreed to step in for the Friday night live reading of The Warlock of Firetop Mountain, and help guide the audience, and The Dark Room star John Robertson, to a successful outcome or an untimely death. May his STAMINA never fail! 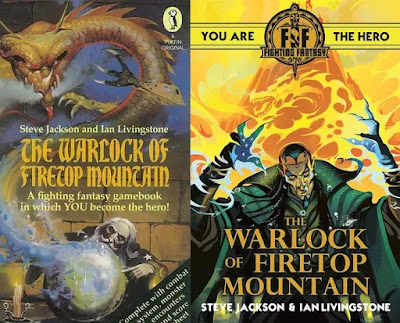