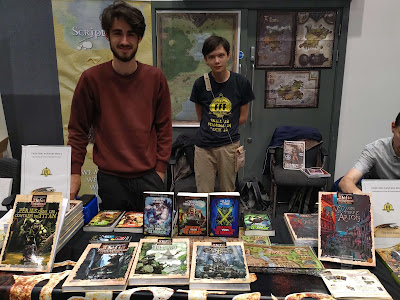 Among the products Scriptarium had for sale on their stand was the new French laguage edition of Arion Games' Travels in Arion - Voyages en terre d'Arion. 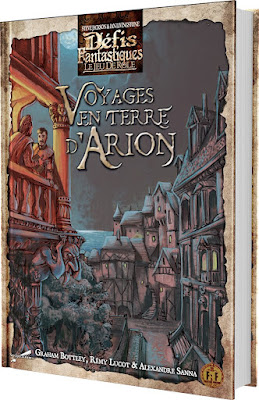 The book features a colour A2 map of the of city Arion, by Jidus, as well as illustrations by Russ Nicholson and Malcolm Barter. There is also a campaign made up of three scenarios, L'Ecume des Songes by Rémy Lucot and Alexandre Sanna, which is superbly illustrated by Koa.

So, if you are a French reader, or you just love great fantasy art, make sure you check out Voyages en terre d'Arion, as well as the rest of Scriptarium's AFF catalogue. 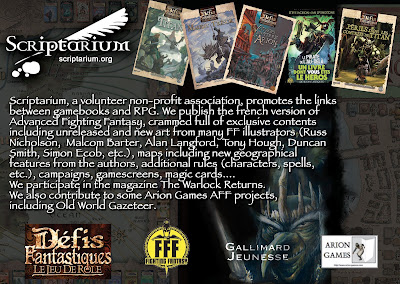