The fourth and final part* of Ian Livingstone's FREEWAY FIGHTER is out today from Titan Comics. 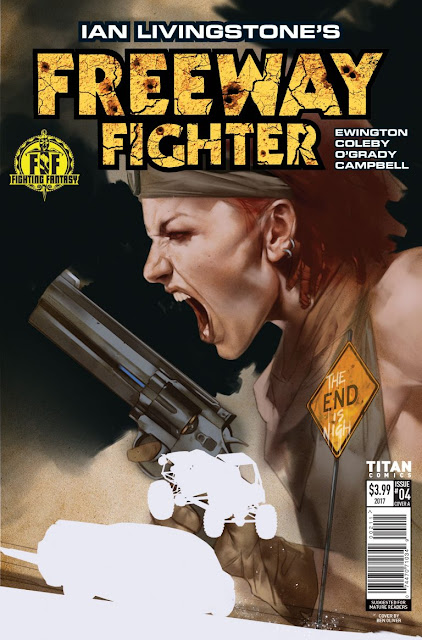 Cover A, by Ben Oliver

If you missed the Forbidden Planet signing that launched the comic, you can meet the creators Andi Ewington and Simon Coleby, along with Ian Livingstone himself, at Fighting Fantasy Fest 2, which is taking place on Saturday 2nd September at the University of West London in Ealing. 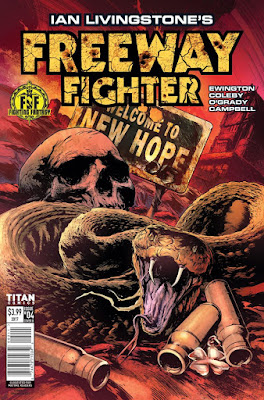 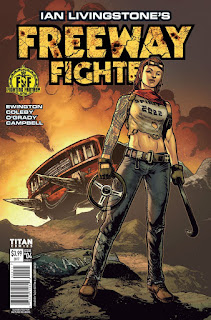 Are you ready to meet the Animal? 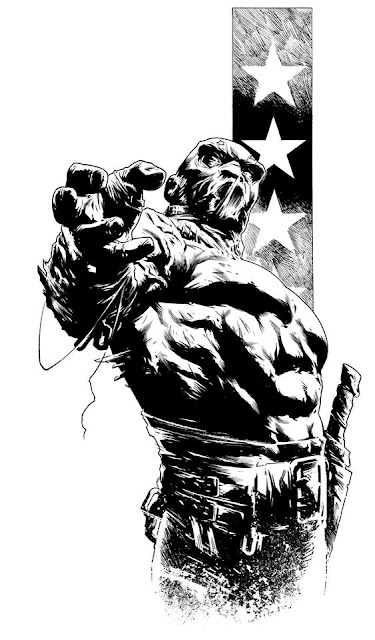 The Animal, by Simon Coleby


* Unless, of course, the collected trade paperback of this first series sells well enough, in which case there could easily be more.