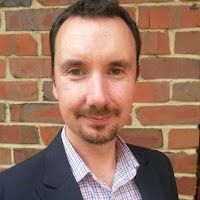 It's Gamebook Friday again, which means there's just time for one more of Malcolm Garcia's  Second Swordsman posts before Christmas.

This time he considers a trio of adventures in which YOU may be the Hero, but YOU don't actually know who YOU are!


In most FIGHTING FANTASY adventures, YOU start as a seasoned adventurer, setting out on an epic quest to save the world from an evil scourge or to find a horde of treasure beyond your wildest dreams. But there are a handful of books in which YOU do not even know who YOU are when YOU begin your journey. 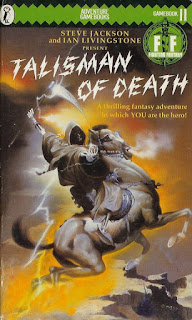 Talisman of Death has YOU transported from Earth to the world of Orb. Through this mysterious process YOU acquire swordsmanship skills previously unknown, but which will be necessary if YOU are to succeed in the task given to YOU by some deities to save the world from Death itself. In Black Vein Prophecy, which is the first FIGHTING FANTASY novel I’ve yet read where there is zero background, YOU awaken in a tomb not knowing who or where YOU are, and YOU acquire your SKILL, STAMINA and LUCK scores via a series of trials. Where Black Vein was short on background, in Creature of Havoc there was an abundance of history to read before starting the adventure. But this is all irrelevant as YOU don’t know who, where or even what YOU are.

None of these three adventures where YOU start off as an unknown were written by the same author. Talisman was penned by Jamie Thomson and Mark Smith, who would go on to write Sword of the Samurai. Black Vein was written by Paul Mason and Steve Williams, who also wrote Slaves of the Abyss and The Riddling Reaver. And Creature was the product of Steve Jackson – his final book in the FIGHTING FANTASY series. In a 2011 poll of FIGHTING FANTASY readers, Creature ranked number five – previously  the highest rated books I’ve attempted using the Second Swordsman process were House of Hell (also by Steve Jackson) and Deathtrap Dungeon – ranked six and seven and respectively. 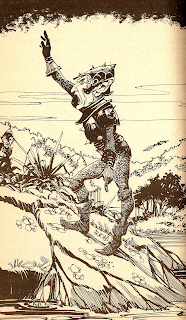 Deliberately choosing every second option meant that Talisman of Death lived up to its name. After establishing some decent SKILL, STAMINA and LUCK scores, and buoyed by my possession of ten meals and a STAMINA-restoring potion, I started my adventure, not unusually, in a subterranean vault. Within a few choices I had been given the eponymous talisman and tasked with keeping it from the clutches of the minions of Death. But then within another few options I had made the foolish decision to charge into a group of Dark Elves, who swiftly captured me and took me to their evil master. Thusly I had failed within just a handful of choices of the start (although not doing as badly as in Island of the Lizard King), having undergone no LUCK tests or fought any creatures. 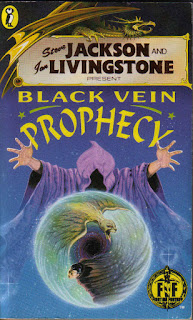 In Black Vein, the Second Swordsman process enabled me to escape the tomb that was collapsing around me in the beginning, along the way not being sure whether what I was seeing was real, or a hallucination. When I reached the ruins of the city above I remained unsure about my reality after encountering a talking horse and, obviously freaked out by this encounter, choosing the second option meant I decided the best way to get away from the city was to launch myself into the ocean using a catapult. Because I’d acquired a poor LUCK score when underground, I failed a LUCK test and lost some STAMINA when I hit the water. But I was then rescued by a ship, the Captain of which somehow knew about a dead body I’d found in the tomb at the start. My confusion only increased when I had to fight a crazy man who was floating on the sea in an inflatable zorb-like ball – which would unfortunately turn out to be the last time I had a fight.

Soon I went ashore with the Captain, who I then bizarrely chose to betray to some travelling bandits. Being bandits, they robbed me and left me tied to a tree. For the rest of the adventure, choosing the second option made me ignore several opportunities to interact with the locals and my aimless wandering was soon mercifully put to an end by some suspicious locals who had me jailed and executed. Through all of my choices in Black Vein I never really got an idea of what I supposed to be doing; somewhat akin to my earlier misadventures in Demons of the Deep and Spectral Stalkers. 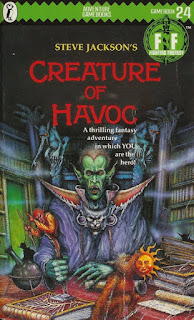 Creature started promisingly enough with what has to be the most comprehensive, but also instantly redundant, background story of how the Necromancer Zharradan Marr came to be. I then gained consciousness and proceeded to kill and munch my way through the dungeon where I’d been put, for reasons as yet unknown. Yes, munch. It turns out that whoever/whatever I am has a hankering for hobbit meat. Sating this appetite was helped by the new rule that if I rolled a double for my attack strength I instantly killed my opponent – even if their attack strength was greater in that round. Because it’s not too hard to roll a double, I knocked off five of my nine adversaries this way.

Deciding what to do in Creature was not always possible by using the Second Swordsman process, because at the start of the adventure several of your choices are selected on the basis of random dice rolls. But once I gained more control over my own fate, I rewarded this by making some foolish decisions, such as provoking a Giant Hornet and falling into a trap pit. I then got lost in a series of the dungeon’s dead ends and brought about my own doom by attacking a poorly constructed tunnel. 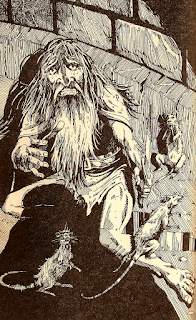 Excluding Talisman, which was an abject failure when just choosing the second option, these adventures started promisingly – I enjoyed the process in Black Vein whereby YOU establish your SKILL, STAMINA and LUCK scores, and being a brutal killing machine in Creature was a refreshing change from the pressure of always having to try and save the world. But a series of poor choices in both of these adventures soon caught up with me, and my failures were rather anticlimactic. Next time I’ll hopefully learn who I was in Black Vein or get out of the dungeon in Creature, if only to devour some more hobbits – I never seemed to get full no matter how many I ate! 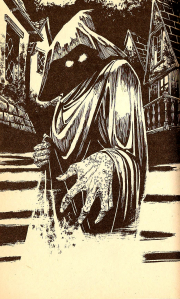 Thank you and Happy Christmas to Malcolm, for his latest Second Swordsman blog post. Which titles will he be tackling in the New Year? You're just have to logon to www.fightingfantasy.com to find out!

And remember, if you have any suggestions for items for the official Fighting Fantasy blog don't forget to get in touch via mail@fightingfantasy.com.