The team at FoxYason Productions have now completed the vocal recordings for The Fighting Fantasy Box Set, due to be released later this year. 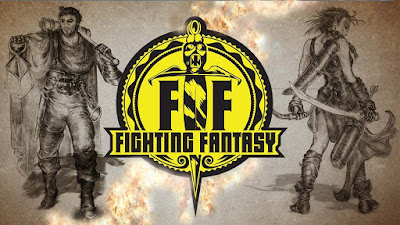 The cast includes, among others, Rachel Atkins (returning to play Vale Moonwing, from The Warlock of Firteop Mountain: The Hero's Quest), Lisa Bowerman (as Evelina of Dree), David Warner (as Yaztromo the wizard), Charlie Higson (as Baron Sukumvit), Richard Rycroft (as Throm the Barbarian), Peter Noble (as Volgera Darkstorm), Sophie Roberts, Russell Bentley, Frazer Blaxland, Deirdra Whelan, and Amy Stratton, as well as Fighting Fantasy superfans Lin Liren and Bryan Howarth. Jonathan Green, author of many FF gamebooks and the popular You Are The Hero - A History of Fighting Fantasy Gamebooks, has recorded a cameo role for Deathtrap Dungeon: The Last Champion.

The producers are planning on posting more updates as they work through the post-production phase, so make sure you keep checking their Facebook page to see how it's all developing. 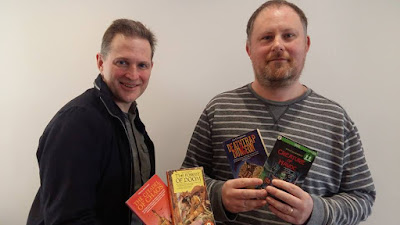