Anyone who grew up loving Steve Jackson's Sorcery! series in the 1980s with be immediately familiar with illustrations of Jann the Minimite, the Mantis Man of Kharé, the Snattacats of the Forest of Snatta, and the Archmage of Mampang himself, not to mention the effects of sorcerous spells brought to life. 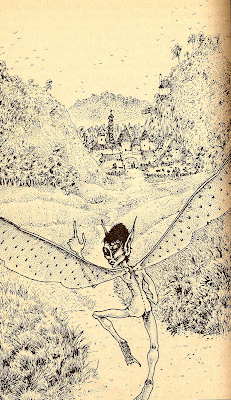 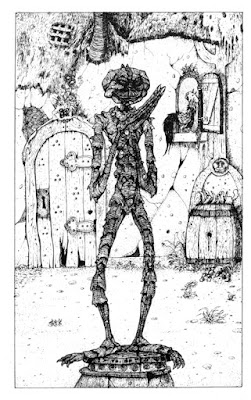 The Mantis Man of Kharé 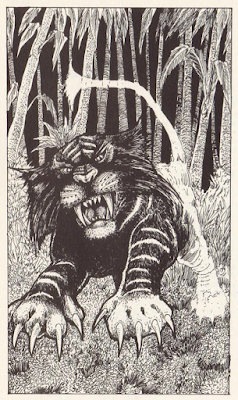 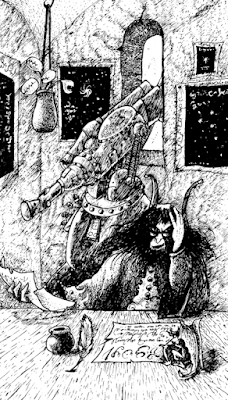 The Archmage of Mampang 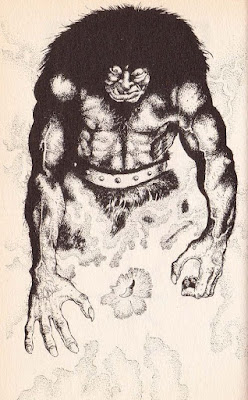 The YOB Spell in action!

Of course, Blanche also provided the almost hallucinogenic cover paintings for the original Sorcery! releases and painted an image of Kharé - Cityport of Traps for the original large formal release of Titan - The Fighting Fantasy World. 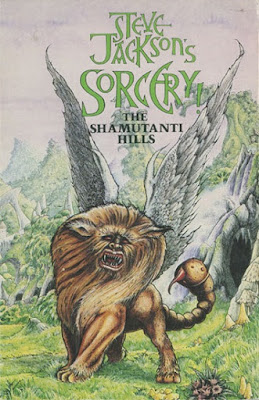 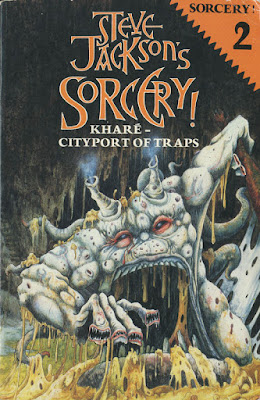 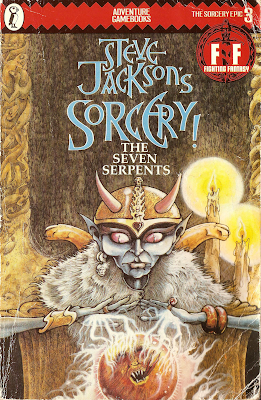 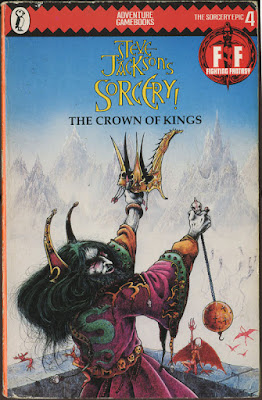 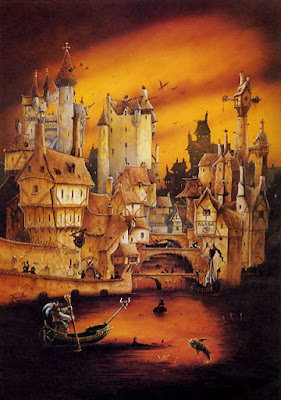 Blanche even produced a full-colour map of the land of Kakhabad to help advertise the series. 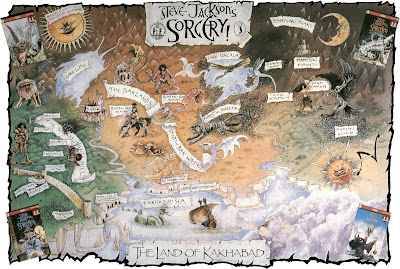 Blanche is the art director for Games Workshop and it is his fertile imagination and stunning visuals that have given form to the grim, gothic worlds of Warhammer and Warhammer 40,000. But for some, his name will always be synonymous with the land of Kakhabad and Steve Jackson's Sorcery! Fighting Fantasy gamebooks.

So raise a tankard of your favourite foaming pick-me-up and join us in wishing John Blanche a very happy birthday!