The Female of the Species

One of the great things about Fighting Fantasy Gamebooks is that the hero’s gender is never specified, because the person reading the book is the hero – YOU! As a result, over the years the adventures have proved just as popular with girls as with boys.

And at a time when we are being made more and more aware of how important it is to have equal representation within works of fiction, it is interesting to note that Fighting Fantasy paved the way years ago, with all manner of female characters appearing in the adventures.

While some of those characters have been allies, like Hakasan Za from The Port of Peril, or damsels in distress, like the Elf in Deathtrap Dungeon or the wretched young nurse in House of Hell, because these are Fighting Fantasy gamebooks we're talking about, more often than not they have been among the most fearsome antagonists set against the adventurer.

So here is a list of some of our favourite FF femmes fatales!

1) The Serpent Queen, from City of Thieves. 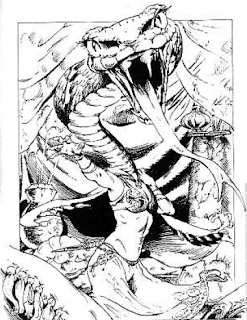 2) Lady Lucretia, Balthus Dire's wife, from The Citadel of Chaos. 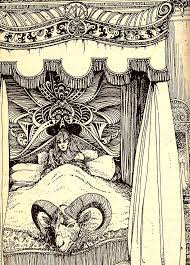 3) The Catwoman, from The Forest of Doom. 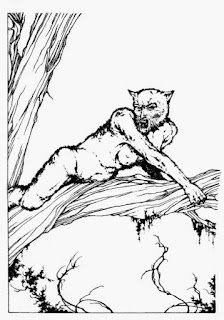 4) Mordana, the Woman of the House, from House of Hell. 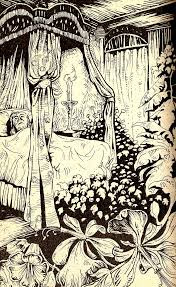 7) The Cave Woman, from Island of the Lizard King. 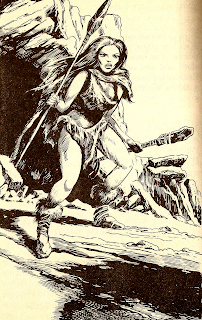 8) Alianna the Witch, from Sorcery! 1: The Shamutanti Hills. 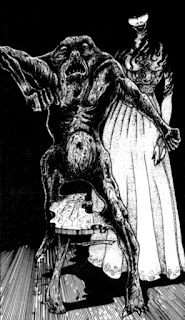 9) Ulrakaah, Queen of Darkness and Mother of Monsters, from The Gates of Death. 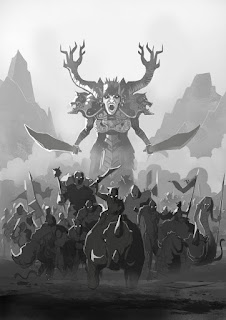