After almost 10 years on Twitter, today @fightingfantasy claimed its 5,000th soul for the Warlock! 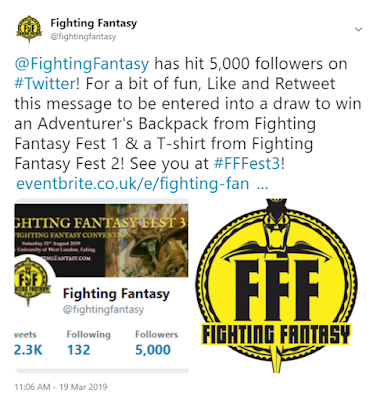 The competition closes at 12:00pm (noon) GMT on Tuesday 26th March 2019. The winner will be notified via Twitter after the draw has been made.

Are you ready to Test your Luck?