What's in a name?

The Fighting Fantasy gamebooks are memorable not only for their monsters and exciting plots, but also for the imaginative names Steve Jackson and Ian Livingstone came up with for important characters and, of course, the villains who populate their adventures. 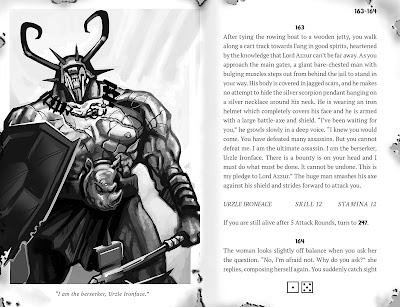 Urzle Ironface, by Robert Ball.
As you approach the main gates, a giant bare-chested man with bulging muscles steps out from behind the jail to stand in your way. His body is covered in jagged scars, and he makes no attempt to hide the silver scorpion pendant hanging on a silver necklace around his neck. He is wearing an iron helmet which completely covers his face and he is armed with a large battle-axe and shield. "I've been waiting for you," he growls slowly in a deep voice.

Without giving too much away, in case you haven't already read Ian Livingstone's latest Fighting Fantasy adventure, Urzle Ironface is one of the characters you can encounter in Assassins of Allansia.

Of course, with a name like that, it is hardly surprising that he has inspired artists who work in not just two dimensions, but also those who work in three. 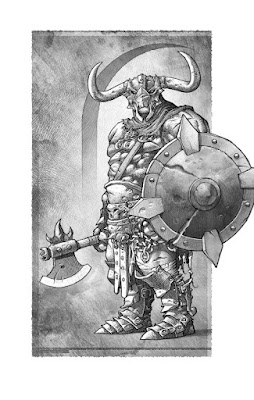 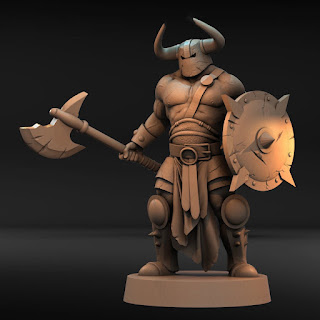 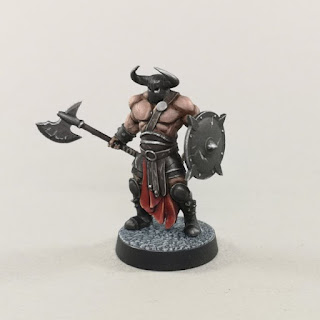 ...and as painted by Paul Cooke of Pandemonium Miniatures.
Do you have a favourite character, good or evil, from the Fighting Fantasy gamebook series? If so, why not let us know in the comments below? 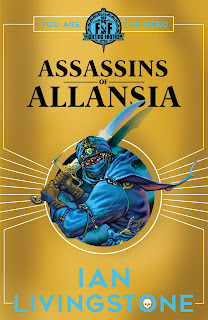