Blast from the Past! Stormslayer

As people in the UK batten down the hatches in the face of the wrath of Storm Eunice, the Warlock thought it would be timely to transport you back to a time when the weather could not only be fought but defeated. 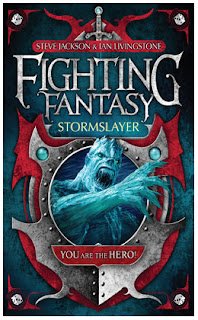 Stormslayer was published in 2009 as the fourth title in the newly-revamped Wizard Books Series 2, as they have since become known. Written by Jonathan Green and illustrated by newcomer Stephen Player, the adventure was originally pitched as Eye of the Storm. However, the publishers decided that a name change was required, so as to avoid there being any confusion between the new gamebook and the still relatively recently published Eye of the Dragon.

The first FF adventure to be set in Femphrey in the Old World, Stormslayer had the weather mage Balthazar Sturm interfering with the climate in order to wreak his revenge upon those he saw as having passed him over for greatness in the past. Green describes the adventure as, “an attempt to write a book that was more like the original adventures and also one that didn't rely on Demons, Chaos or Undead for the villains. It was to be more elemental altogether.” As with the other titles published as part of Series 2, Stormslayer featured a set of three pre-generated characters. 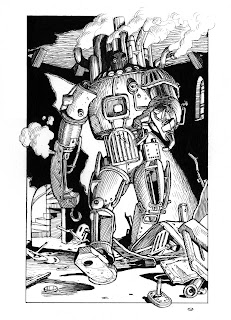 Simon Flynn, publishing manager of Wizard Books’ parent imprint Icon at the time and the person responsible for the relaunched Fighting Fantasy series, wanted to find a new artist whose style might appeal to a younger audience. He settled on the San Francisco-based Stephen Player, who had previously illustrated some of Terry Pratchett’s books, amongst others. However, he only received the commission after he had submitted a test piece based on an encounter the hero has during the course of the adventure with an ill-tempered Giant. 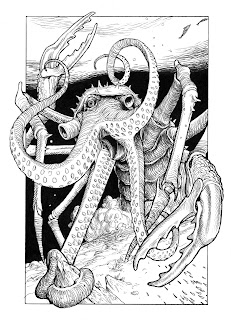 "Jon Green's imagination is so fertile, the locations, events and creatures in Stormslayer so exotic and varied. It was like illustrating the climactic moments from twenty-five different books.

“There were also new challenges. How to keep the poses different and fresh when so many figures are advancing towards the viewer was one issue I had to wrestle with. Illustrating a collection of objects and weapons in an interesting manner was another.”

Stormslayer has been translated into French and was published by Gallimard Jeunesse in 2013 under the title Le Maître des Tempêtes (which translates as 'The Master of Storms'). 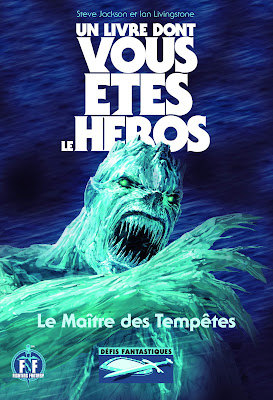 While Stormslayer has yet to be republished by Scholastic Books, the similarly-themed Crystal of Storms by Rhianna Pratchett is still available. 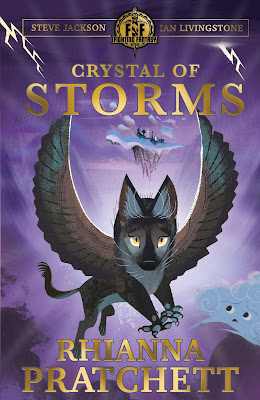