The Trial of Fire Island

It's not long* until the next tranche of Fighting Fantasy titles are released by Scholastic Books. Among them are two classic titles by Ian Livingstone - Deathtrap Dungeon and Island of the Lizard King. 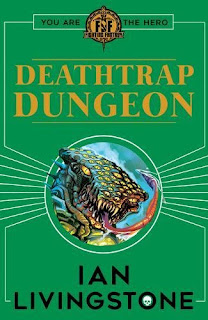 Inspired by a holiday Livingstone had taken to Thailand, Deathtrap Dungeon saw the hero taking up the challenge of the Trial of Champions, devised by the devilish mind of Baron Sukumvit, entering the eponymous dungeon, braving the labyrinth’s fiendish traps and monstrous denizens, in the pursuit of fame and fortune.

“I went trekking in Northern Thailand in 1981,” explains Livingstone. “I passed through Fang and crossed the River Kok on my way to the jungle near the Burmese border. I took lots of photos of villagers and scenery on the trek. It was an incredible adventure, and one not without drama. Our guide was constantly fretting about armed bandits coming over the border to rob us! The trek made a big impression on me, enough for me to want to reference the people and places in Deathtrap Dungeon which I began writing in late 1983.” 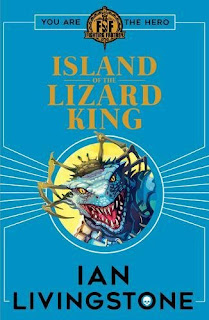 Island of the Lizard King has the hero fighting to free the young men of Oyster Bay from the tyranny of the insane Lizard King who rules his island domain through a combination of black magic, voodoo and sheer force of arms. It features many memorable jungle-based encounters and even includes a trip up the side of an active volcano!

The books is also famous for the introduction of a companion - albeit is a temporary one - the sailor Mungo. In fact, Mungo was such a popular character that Livingstone gave him a cameo role in his most recently penned adventure, The Port of Peril.

Close inspection of Iain McCaig’s cover art for the hardback collector’s edition of The Port of Peril shows Mungo in the bottom right of the image. Considering the subject matter of the adventure, and Mungo’s presence, it can be determined that The Port of Peril takes place after City of Thieves but before Island of the Lizard King. 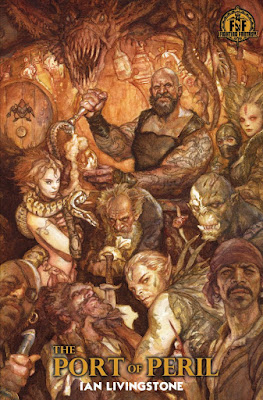 New editions of Deathtrap Dungeon and Island of the Lizard King will be published on 5th April 2018, and you can read more about the stories behind the gamebooks in You Are The Hero - A History of Fighting Fantasy Gamebooks.