The Femme Fatales of Fighting Fantasy

Today, on fightingfantasy.com, we're celebrating International Women's Day by taking a look back at the heroines and villainesses of the Fighting Fantasy books. 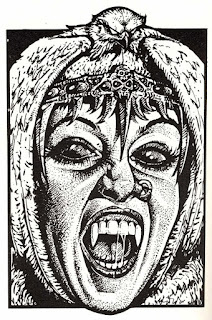 Although primarily aimed at boys, only very rarely did a Fighting Fantasy adventure ever specify that the hero was male. As a result, large numbers of girls also ended up reading and enjoying the books.

“The first Fighting Fantasy gamebook I ever read was The Warlock of Firetop Mountain,” says author, and feminist, Magda Knight. “I was there at the start and consider it a crowning achievement in my life.”

“I encountered Fighting Fantasy gamebooks not too long after they first appeared,” says fantasy author Juliet E McKenna. “I’d gone up to university in 1983 and that’s where I discovered Dungeons & Dragons, Traveller, Aftermath, Toon, Heroes, Car Wars and other tabletop role-playing games which instantly appealed to my lifelong love of fantasy and science-fiction... Then someone lent me a copy of The Warlock of Firetop Mountain… Solo gaming within a system that played fair, in the sense of punishing stupidity as well as rewarding intelligent thinking, and still with the added edge of unpredictable dice rolls landing you in no-win situations... The endless variations and possibilities meant you could play the book time and again. Even once you’d won, you could go back and see where the roads not taken might have led.”

Some of Fighting Fantasy's most memorable villains have, in fact, been villainesses, including Shareella the Snow Witch, the fell sorceress Morgana from Masks of Mayhem, and the vampish Katarina Heydrich from Vault of the Vampire. And their number is soon to be joined by Ulrakaah, Queen of Darkness and Mother of Demons, in Charlie Higson's soon-to-be-released The Gates of Death. Have you entered the competition to win a signed copy of this brand-new Fighting Fantasy gamebook yet? 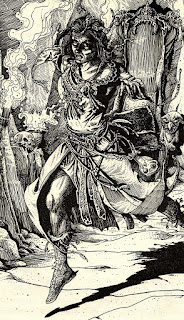 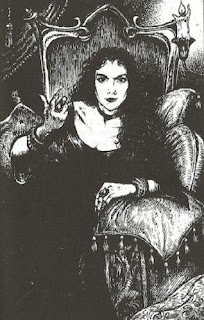 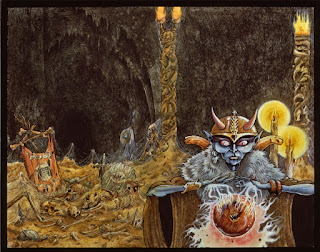 As well as proving that the female of the is often more deadly than the male, Fighting Fantasy gamebooks have also featured their fair share of heroines and allies, such as Fenestra the Black Elf sorceress from The Seven Serpents, the third book in Steve Jackson's Sorcery! quartet*, Katya of the Crimson Cloak from Howl of the Werewolf, and Hakasan Za, the ninja tracker from Ian Livingstone's The Port of Peril. And then there's Vale Moonwing, the heroine of the Fighting Fantasy Audio Dramas. Have you backed their Kickstarter yet? 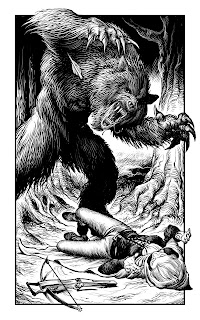 So who's your favourite Fighting Fantasy femme fatale? Why not let you know in the comments below? 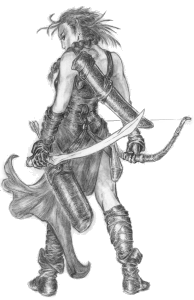 * The first book in the Sorcery! series, The Shamutanti Hills, is being republished by Scholastic Books very soon.