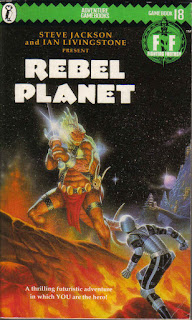 Rebel Planet has to be one of the most popular science fiction titles in the Fighting Fantasy range. Published in 1985, it was written by Robin Waterfield (who also wrote Masks of Mayhem, Phantoms of Fear, and Deathmoor) and illustrated by Gary Mayes.

As revealed during last year's 12 Fighting Fantasy Days of Christmas, Robin Waterfield and series co-creator Ian Livingstone have given permission for the classic FF gamebook to be turned into a graphic novel. 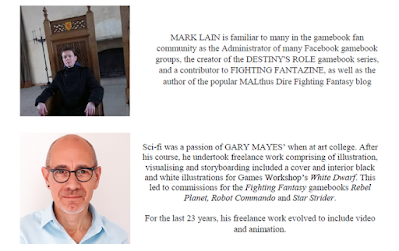 Mark is raising the finance required to produce the book via crowdfunding, and the Kickstarter launches at 8:00pm on Friday 1st October 2021.

Rewards include both soft- and hardback editions of the graphic novel, signed bookplates, Arcadian propaganda badges, and T-shirts. You can even pledge to have the book dedicated to YOU!

To find out more, watch the video below and sign up to be notified when the Kickstarter launches here.